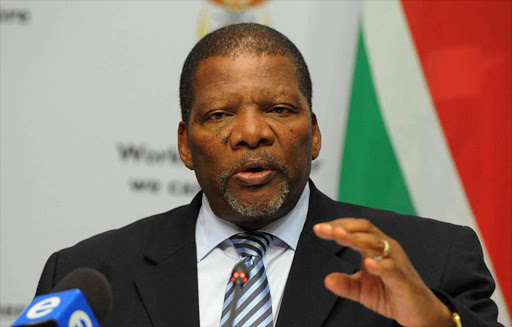 Rural Development and Land Reform Minister‚ Gugile Nkwinti‚ says the Banking Association of South Africa is to invest R1 billion every year to support the land reform program in order to revive the rural economy.

The Minister said this when he chaired the Economic Sectors‚ Employment and Infrastructure Development Cluster briefing at the Imbizo Centre in Cape Town‚ as reported by the government’s news agency.

The announcement comes after government announced that it would invest R2 billion to support rural economies and create industries in those areas.

“I must say that since we started this programme‚ there have been a lot of encouraging developments. The Banking Association of South Africa (BASA) came forward. They said they are getting involved and will invest over the next 15 years – starting this year – R1 billion every year in land reform.

“It is encouraging. We are working with them in developing a model for agri-parks‚” he said.

The Minister said the involvement of the banking sector will further give credibility to the agri-parks project as government aims to ensure that poor people work closer to where they live instead of migrating to bigger cities in search of economic opportunities.

The government’s news agency quoted him as saying he was convinced that over the next 10 years‚ the country will have a different rural community‚ one which will have some enterprises and industries.

“It also provides us with the opportunity to invest in the under-developed side of the economy.

“We want to spend more money there. Starting this year‚ we are putting R2 billion in all 44 districts so that we can transform the economy in those areas because they provide us with the opportunity we need to create jobs.

“You are never going to stop migration if you don’t invest in rural areas. We need to do something where people live so that you create that balance between the developed and underdeveloped areas.”

Meanwhile‚ the Minister said that progress has been made in rolling out agri-parks around the country.

The idea behind agri-parks is to focus on agro-processing to create jobs and boost exports. Some of the planned agri-parks are linked with the Department of Trade and Industry’s Special Economic Zones.

“One agri-park is ready to be launched in North West. Production plans have been developed and are being implemented across the country to ensure increased production in the areas supporting the agri-parks.

“The Department of Science and Technology is busy with a feasibility study on agro-innovation hubs that will support the development and dissemination of appropriate technologies to be implemented in agri-parks‚” he said.

He said that a total of 12‚221 smallholder producers were supported through advisory services‚ training‚ technical support and infrastructure from April to June 2015.

Nkwinti said 36 additional farms are being supported under the Recapitalisation and Development Programme.

The Minister said‚ meanwhile‚ that the Recommissioning Strategy for the Western Cape forestry exit areas has been approved to put about 22‚000 hectares of state forestry land back into commercial forestry operations.

“According to a study that was commissioned by the Department of Agriculture‚ Forestry and Fisheries and the Independent Development Corporation‚ the recommissioning of Western Cape plantations will employ 350 full-time workers for the five-year period. This number will increase to 1‚500 when the plantations are in full production.”