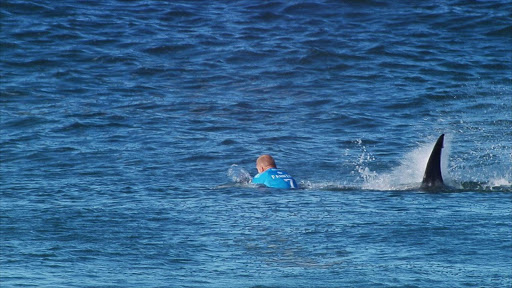 A 42-year-old surfer has been airlifted to hospital after being bitten by a shark while surfing at Morris Reef at Still Bay in the Western Cape‚ the National Sea Rescue Institute said on Sunday.

Enrico Menezies‚ NSRI Still Bay station commander‚ said the the attack had occurred right in front of the Still Bay sea rescue base at about 3pm on Sunday.

“Two NSRI Still Bay crew members were surfing in the vicinity at the time and they assisted the local man out of the water and they were also assisted by another member of the public.

“The two NSRI Still Bay volunteers immediately accessed the emergency shark medical kits kept at beaches in Still Bay and began to use the medical equipment in the boxes to treat the man’s injuries while activating an emergency response‚” Menezies said.

“NSRI Still Bay duty crew responded to the scene and the injured man was brought into the sea rescue base where medical treatment continued.

“WC Government Health EMS and the AMS/EMS Skymed helicopter responded and paramedics took over treatment of the man‚” he added.

He said the victim was airlifted to hospital aboard the Skymed helicopter in a serious but stable condition with lacerations to his right leg on the calf‚ knee and hip.

“From descriptions given by the surfer it is suspected that a White shark of about 3 to 3.5 metres was involved in the encounter although that cannot be confirmed until investigated by authorities based on the bite marks‚” Menezies said.