Police fire at 'innocent' pupils - the group was waiting for bus 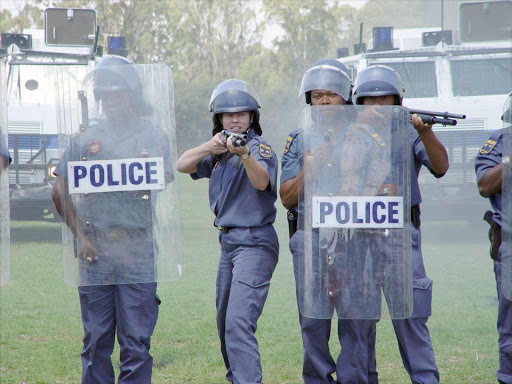 Two pupils narrowly escaped death after they were shot at in a case of suspected police brutality.

The 18-year-old female and a boy aged 17 from Mpandeli Secondary School were apparently shot at on their way from attending extra maths and science lessons last week.

The female pupil, who was discharged from Donald Fraser Hospital in Vhufuli near Thohoyandou yesterday, said they were waiting for a bus when police shot at them.

The pupil, who now cannot use her right hand after her three fingers were broken, said she did not know why they were shot at.

"We were just standing there waiting for the bus. We did nothing wrong and they shot at us. It is painful. I hope I can write my exams but I'm not sure if I will cope," she said.

A few of the pupils in the group were wearing school uniforms while others wore casual clothes.

Police were apparently in that area attending to heated protests at neighbouring Tshidzini village where residents have been rioting over a suspected ritual murder.

But the pupils are said to have been waiting at a bus stop in Gaba village which is about 7km from the area of protest action .

The facilitator of the extra maths and science classes Ernest Phalanndwa said he was shocked to receive calls that police were shooting at pupils.

"This is very bad because the learners were not even at the scene of the strike. You don't find people standing there and start shooting without asking. The children are very hurt," he said.

In recent years police have come under harsh criticism for brutality. Incidents such as the killing of 34 mineworkers at Lonmin mine in Marikana, North West, and the shooting of protester Andries Tatane in Ficksburg, Free State, brought the issue of police brutality into the spotlight.

The parents of both pupils now want to press criminal charges.

The father of the male student who was struck in the left eye said he had already asked doctors to fill out the J88 form so he can open a case.

"This incident was traumatic. I have never seen my son in such a state," he said.

The mother of the female pupil said she also intended to open a criminal case.

Colonel Ronel Otto said she could not comment until formal charges were laid.