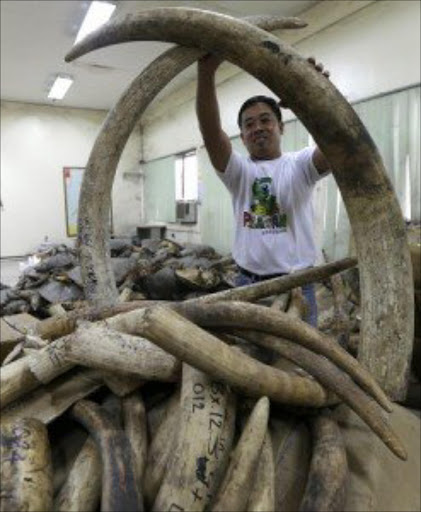 Police in Zimbabwe have arrested a Zambian national for allegedly trying to smuggle ivory and a python skin into South Africa, Zimbabwe state radio said on Tuesday.

Obie Chola, 31, was arrested at the Victoria Falls border post on Monday, en route to South Africa, according to a report on the Zimbabwe Broadcasting Corporation’s Power FM.

Chola, from Lusaka, was allegedly found in possession of “150 pieces of ivory” and a 3-metre-long python skin. The ivory, which weighed more than 25kg, is said to be worth $6 320.

Meanwhile, more details emerged on Tuesday on the recent poisoning of 11 elephants in Hwange National Park and the nearby Deka Safari Area, in Matabeleland North Province.

The tusks of five elephants found dead inside the park on September 26 were removed by parks rangers and taken to Hwange Main Camp for safekeeping, the ZBC said in a separate report on its website.

The other six elephants – three adults and three calves – that were found in Deka on Friday had had their ivory removed by the poachers.

“We can confirm that we have had a number of poaching activities in the province. They are actually increasing each day,” Clement Munoriarwa, a senior police officer in Matabeleland North, told the ZBC.

Poachers killed up to 200 of Hwange’s elephants with cyanide placed at salt licks and watering holes in 2013.

There have been no arrests reported yet over the latest poisonings.