'Hlaudi is our Messiah' 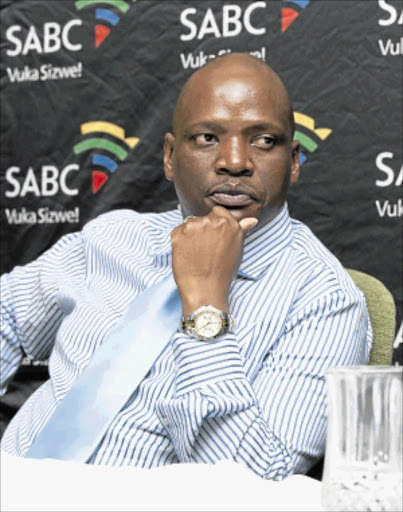 Disclaimer: The views expressed here are solely those of the author in his private capacity and do not in any way represent the views of SowetanLIVE, or any other entity of TIMES Media Group.

Mr Hlaudi “Bosso Ke mang” Motsoeneng is the best boss we have ever had at the SABC, to us the employees. We have had learned coconuts, bourgeoisie, like Dali Mpofu, who did nothing to transform the SABC.

When Mr Hlaudi Motsoeneng was appointed to act as the COO, in his first day he said, “I am the acting COO, so I will act, against managers who abuse employees, I will act by converting employees who have been freelancers for more than three years.”

That’s why Mr Hlaudi is our Messiah.

Thuli Madonsela is a disappointment to the thousands of SABC employees and millions of ANC supports. Her remedial actions are more focused on character assassinations and embarrassment of black leadership.

Remedial action is supposed to be fair and not biased. Instead all her remedial actions amount to embarrass and humiliate our leaders.

Mr Hlaudi Motsoeneng did not hire himself.

Hlaudi Motsoeneng has a track record of good employee and good management at the SABC. Whether he has matric or not, it’s none of Thuli’s business. She was supposed to investigate whether or not Mr Hlaudi deserved his salary, not his qualifications.  This was an attempt to humiliate our leader.

She said President Jacob Zuma must payback a portion of the amount for upgrades which were not security upgrades in his house. If the President pays back that money for the corruption in Nkandla, it will compromise him, exposing him as admitting guilt for upgrades he didn’t request for. The ANC said remedial actions should have focused on investigations and following the money trails, so that public funds could be recovered from criminals who stole them, but she refused because she plays the man. She wants to humiliate our President.

We as the employees are praying for Mr Hlaudi Motsoeneng.

We love him and we support him.

In 2014 the SABC board was ordered by the court to serve Motsoeneng on charges and constitute disciplinary action over his alleged abuse of power, lies about his qualifications and a letting go of staff members.

On the 18th of September Motsoeneng's appeal was heard at the Supreme Court of Appeals. The five judges asked Motsoeneng's counsel, the Communications Minister, Faith Muthambi, and the SABC why Motsoeneng's  suspension was being appealed before the court when it can be discussed during the full review of the decision to appoint Motsoeneng, which is set to be heard in a month’s time.