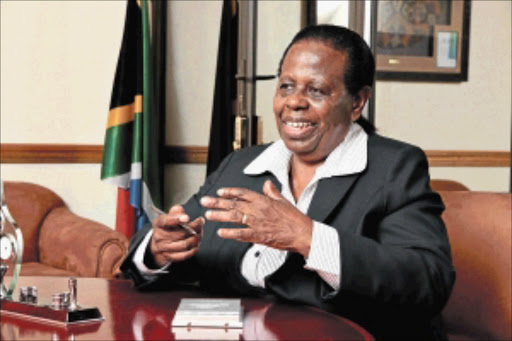 Arts and Culture Deputy Minister Rejoice Mabudafhasi‚ in partnership with the South African Heritage Resources Agency‚ will on Monday lead the unveiling and commemoration of a Burial and Commemoration site for the late former regent chieftainess Mme Makwena Matlala.

The agency is identifing and recording graves of victims of conflict as well as graves deemed to be of cultural significance. Mabudafhasi said government’s intention was for memorials to be erected on these sites‚ and for the graves of anti-apartheid activists to be restored and rehabilitated.

During her reign‚ Mme Makwena Matlala refused to accept the government’s “betterment” policies‚ Mabudafhasi said in a statement. “The government then deposed Makwena Matlala as Chieftainess and later banished her to Temba in Hammanskraal‚ then to King William’s Town.

Her banishment sparked a revolt among other local people. Subsequently‚ the Apartheid government removed and banished over 50 people who were identified as supporters of Makwena Matlala in an attempt to quell the rising tide of discontent.

“Given her prominence as the first known African woman to be banished by the apartheid regime‚ unveiling and commemoration of the Burial and Memorial site of this unsung heroine is a fitting tribute as it culminates Women’s Month‚” said Mabudafhasi.

She added the Heritage Resources agency also intends to honour other traditional leaders including Chief Jeremiah Mabe from Mabieskraal in North West and Chief Paulus Howell Mopeli from Witzieshoek in Free State‚ for their resistance against policies of the apartheid government.

Monday’s unveiling and commemoration ceremony will be held at the Bakone Traditional Council‚ Ga-Matlala‚ in Limpopo.