SANDF stand up to Darfur militia 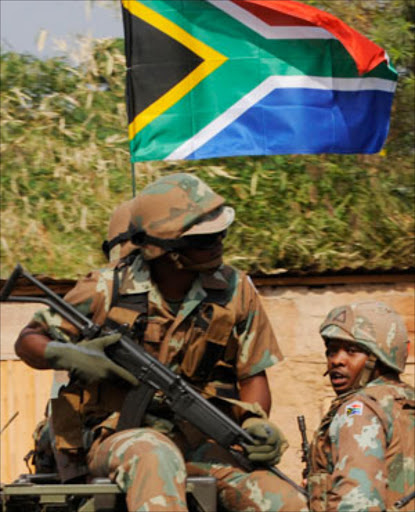 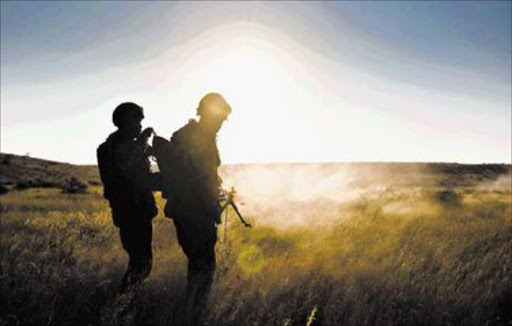 A platoon of South African soldiers in the Sudan on a peacekeeping mission showed “unflinching gallantry” when armed militia confronted them while on patrol‚ the South African Defence Force said in a statement on Friday.

The platoon‚ led by a Lieutenant Phiri‚ of 8 South African Infantry Battalion‚ was on August 18 escorting an United Nations team on a long range patrol to Selibilo village‚ 51km north of the SANDF base in the Darfur region. The militia stopped the vehicles and ordered the soldiers to surrender their weapons.

“Some of the armed group were pointing an anti-tank weapon (mounted on land cruiser) and 12‚7mm machine guns mounted on the three other at the convoy‚” said Captain Jaco Theunissen‚ Operational Communication. “In the westerly direction there were other armed members deployed on a small hillside.

“They demanded to see the platoon commander and when he arrived they ordered him to surrender and give them the weapons‚ otherwise they will kill everyone.”

But Phiri refused despite several threats to shoot the platoon and being told they were surrounded‚ said the SANDF statement.

After two hours of negotiations‚ the soldiers took a battle formation when they saw that the militia had taken a firing position.

“Lt Phiri appreciated the situation and informed his troops that they would move out of the area … walking alongside the vehicles”‚ said Theunissen. “As Lt Phiri and his troops started to move forward‚ weapons were pointing in both directions — the belligerent grouping aimed at the SANDF members and vice versa.”

A militia member punctured the tyre of a UN vehicle but a soldier pushed him out of the way and Phiri ordered that the land cruiser be towed. The convoy proceeded back to base. No shot was fired during the confrontation‚ said the SANDF statement.

“The members who stood their ground in the face of great danger will be cited for their deed of bravery‚” said Theunissen.