Taxi driver maintains he did not know he was dragging woman 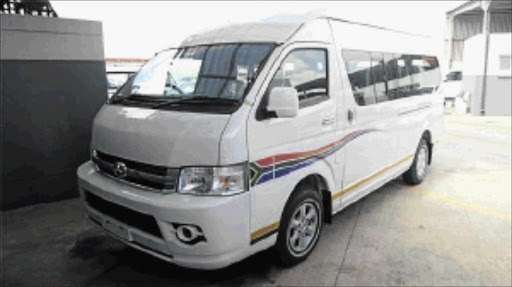 A taxi driver who allegedly knocked down and dragged a woman for several hundred metres in 2011‚ testified on Tuesday that he had not known she was underneath his vehicle‚ despite people flagging him down to stop.

The trial of Matome Thamage on charges of attempted murder and reckless or negligent driving resumed in the Randburg Magistrate’s Court on Tuesday.

The charges emanate from an incident in which advocate Kim McCusker was knocked down by Thamage’s taxi and dragged about 700m down a road‚ mostly on her back‚ in Lonehill‚ Johannesburg‚ on September 13 2011.

It happened after Thamage’s taxi and the vehicle in which McCusker and her husband (then fiancé)‚ Lourens Grobler‚ were driving were involved in a minor collision.

The two men then became embroiled in an altercation‚ during which Grobler allegedly broke the taxi’s window and choked Thamage.

Thamage then drove away‚ hitting McCusker.

Under cross-examination on Tuesday‚ Thamage told the court that he had first reversed after the alleged assault by Grobler and looked in all the taxi’s mirrors before driving off.

He said he had not seen McCusker and only became aware of her when a security guard stopped him at the traffic light.

He said he driven off because he was scared Grobler would assault him again. “I was scared of that man. I did not know if he was going to come back and kill me.”

Thamage said he had not felt anything strange in his vehicle when he drove off.

Prosecutor Samantha Manning said that was impossible: “Even if you hit something as small as a pigeon‚ (you can feel it) in the car.”

Manning challenged Thamage that he had deliberately hit McCusker and that there was no way he could not have seen her because she had been standing directly in front of him.

“You drove in a reckless manner with disregard for life or property‚” Manning said.

“It is not like that. It was a mistake‚” Thamage replied.

Manning also asked him if he had been aware of the people trying to flag him down.

Thamage said he thought they had been sent by Grobler and would gang up on him.

Grobler was charged with assault after the incident but the charge was later withdrawn.

The trial was postponed to September 4.