No bail for Panayiotou 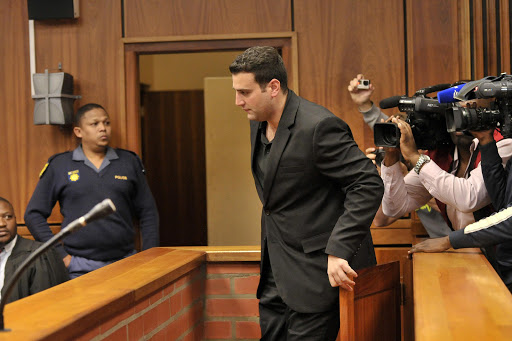 Murder-accused Christopher Panayiotou has again failed in his bid to get bail after Judge Glenn Goosen denied his appeal in the Grahamstown High Court on Tuesday.

He is accused of orchestrating the murder of his wife‚ Jayde‚ 29‚ in April this year.

It is alleged he paid a bouncer at his Infinity night club‚ Luthando Siyoli‚ 31‚ to hire hitman Sizwezakhe Vumazonke‚ 30‚ to kidnap and murder Jayde.

All three men are in custody and Siyoli has since turned state witness.