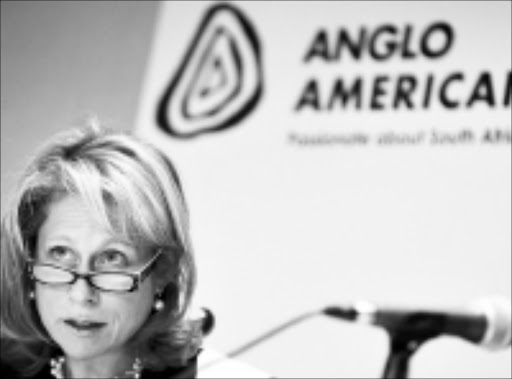 Anglo American has intensified its ongoing investigation of every claim made against employee earnings‚ as in recent years‚ employee indebtedness had become a major concern for many sectors across the country‚ and numerous garnishee orders‚ irresponsible micro lenders and poor financial literacy levels had all contributed to this problem‚ the executive head of Anglo American in South Africa‚ Andile Sangqu said on Tuesday.

“As part of the wage agreement that brought an end to the 2014 platinum strike‚ unions and the platinum mining companies committed to examine the employee indebtedness problem in depth‚ and see what could be done to provide some level of relief.”

In an effort to help its employees disentangle themselves from debt‚ Anglo American had developed financial wellness programmes to curb the problem of growing employee indebtedness.

Following an Anglo American Platinum audit that revealed that about 26% of its workforce was heavily indebted -defined as someone who uses more than half of his or her salary to service debt — the company had intensified its ongoing investigation of every claim made against employees’ monthly earnings‚ Sangqu said.

He said the problem of indebtedness in mining communities was perhaps clearer than other sectors in the economy. “But given the huge numbers at the national level it is clear that it is not confined to mining.”

Since the National Credit Act was signed into law in 2007‚ unsecured consumer debt in South Africa has increased at an annual compound rate of 30%. By 2014‚ it amounted to about R1.5-trillion rand or 75% of South Africans’ disposable incomes — nearly 40% of the gross domestic product.

A growing number of people in South Africa were struggling with crippling debt‚ a symptom of the fact that South Africans are ranked as the world’s biggest borrowers according to the World Bank’s 2014 Global Findex Database study‚ Sangqu said.

“Is there more that can be done in other sectors and should all employers be upping the ante and taking the fight directly to their employees? A combined effort could yield significant results — what has struck us most is how much work needs to be done to break down these barriers and that once they are broken how quickly relief from financial distress can be achieved.”

The audit had highlighted that it was not only loose overspending that was the cause of employees’ financial distress.

“Most of the overspending was due to other factors including additional and extended families‚ repatriating money and funerals‚ with the most common cause of indebtedness in our Platinum business being child maintenance.”

But it was the level and nature of the debt which made the problem become more intense in recent years.

“The opening up of the unsecured lending industry through the relaxation of credit requirements has meant it has become all too easy for salaried employees to secure loans — both formal and informal. And many borrowers sign contracts unaware of the implications for their future cash flows.

“… the business practices of many of the credit providers and administrators ensure that the debts themselves are both excessive in the context of employees’ ability to repay‚ as well as subject to extortionate‚ and in some cases illegal terms and conditions.

“It was the extent of these excesses and exploitation that were the greatest surprise from the audit we conducted.

“As a result‚ we have intensified our ongoing investigation of every claim that is made against an employee’s monthly earnings. We have also introduced a financial wellness programme which is now available to all Anglo American employees.

“This programme comprises a financial literacy debt relief component with specific targets to improve employees’ disposable income‚ and also includes a challenge to the fees charged by lawyers when acting as debt administrators‚” Sangqu said.

In the platinum business‚ the programme had to date saved and refunded more than R3-million by auditing administration and garnishee orders for irregularities and tackling collectors and lenders on these; reduced the number of garnishee orders from 6‚099 to 3‚329 over 3 years; reached a total improvement to monthly disposable income of R1‚046 through debt relief solutions; reduced debt commitments from 54% to 28% of net income using debt relief solutions; and was tackling various micro lenders for irregularities on loan agreements

“This programme forms a part of a larger undertaking by Anglo American to address the indebtedness of its employees and similar or related programmes are planned at some of its other businesses in South Africa.”