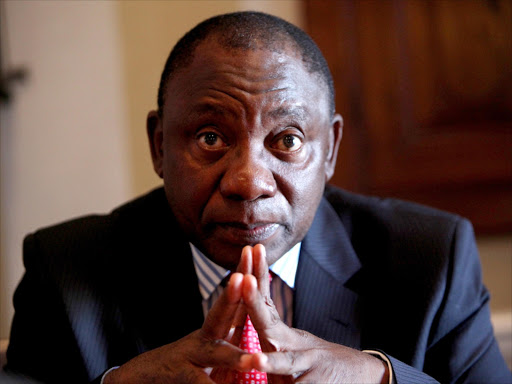 Deputy President Cyril Ramaphosa will be sent to try facilitate an end to the political crisis in Lesotho.

President Jacob Zuma “has become more concerned about the apparent explosive security situation” in the landlocked mountain kingdom since receiving a report from a fact finding mission dispatched there last week.

In a Southern African Development Community (SADC) statement on Tuesday‚ Ramaphosa‚ who is the regional body’s facilitator on lesotho‚ is expected to “consult with Right Honourable Prime Minister Pakalitha Mosisili” following the “flight of the three opposition leaders and the killing of Brigadier Maaparankoe Mahao‚ former commander of the Lesotho Defence Force”.

Zuma condemned last Thursday’s killing of Mahao outside Maseru‚ saying: “This unfortunate and tragic incident threatens to undermine the kingdom’s efforts towards the peaceful transition following the February 2015 elections.”

He also sent condolences on behalf of SADC to “the Mahao family‚ His Majesty King Letsie 111 and to the government and people of the kingdom”.

“President Zuma has reiterated the need for all stakeholders in the Kingdom of Lesotho to resolve their political differences through legal and peaceful processes and further reiterated the pressing need to expedite the process of establishing institutional and security reforms‚ as recommended by the SADC Double Troika Summit held in Pretoria on February 20‚ 2015‚” the SADC statement said.