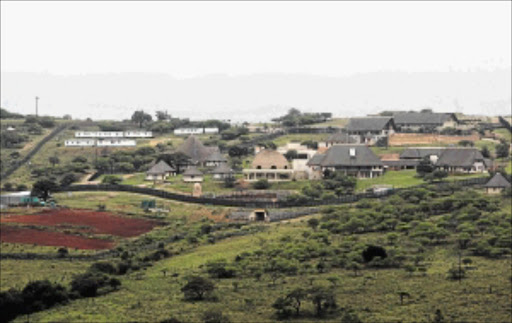 The Pietermaritzburg High Court will on Tuesday hear arguments in an application brought by the architect — blamed for the excessive spend on the R246-million Nkandla security upgrades — for official documents to prepare to defend a R155-million civil suit against him brought by the Special Investigating Unit (SIU).

In opposing papers‚ department of public works national director-general Mziwonke Dlabantu‚ the custodian of the documents‚ said releasing the classified information to Minenhle Makhanya could endanger President Jacob Zuma and his family.

Dlabantu said the disclosure of the documents would expose security measures which have been put up in Zuma’s private residence thus nullifying the “very purpose of installing security measures for the president and his family.”

Dlabantu said his department was merely the custodian of the classified documents and that Makhanya should have personally followed the procedures set out in Promotion of Access of Information Act to request the documents from its authors‚ the South African Police Force and the South African National Defence Force.

He said Makhanya’s application for the documents was a delaying tactic and an effort to “obfuscate the issues and undermine the action which has been institution against him for the recovery of monies due to the state”.

But Makhanya maintains that the documents are critical to the preparation of his defence against the accusation that he wasted millions of tax rands by authorising luxury features such as an amphitheatre‚ a kraal with a chicken run and a cattle culvert‚ a visitor’s centre‚ and a swimming pool‚ which were not included in the official security assessment.