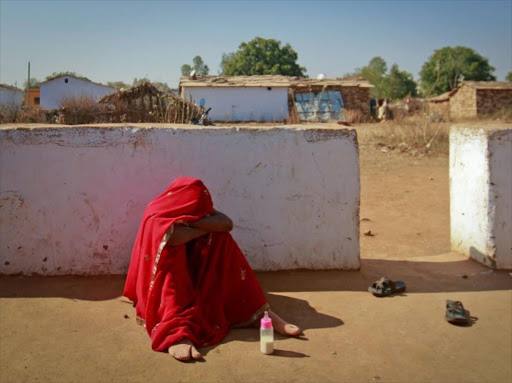 An alarming high rate of girls aged between 14 and 18 from a small KwaZulu-Natal village are being abducted and forced to marry older men.

In cases of arranged marriages, including a practice called ukuthwala, which is prevalent in KZN and the Eastern Cape, not all grooms are older men. A report by World Vision South Africa (WVSA), a Christian humanitarian organisation, reveals a case of 15-year-old girl who was married off to a 17-year-old boy in a pre-arranged marriage.

Of the 40 pupils surveyed in two high schools in Umzimkhulu near Kokstad, southern KZN, 10 were found to be victims of ukuthwala.

Their husbands were between eight to 20 years older than them.

WVSA report also reveals that girls in Umzimkhulu are vulnerable to HIV/Aids as they cannot initiate condom use. It also found that they do not have enough time to study as they have to conduct household chores after school.

Wifely duties in instances of family deaths lead to missed school days, lack of concentration on school work, dropping out of school and non-participation in sports, the report states.

"It cannot be ignored that what these girls are experiencing are cultural norms entrenched by the society and ingrained deeply within their own value systems.

"The value attached to virginity is held in such high regard that they believe they are worthless after losing it and therefore succumb to the practice of early child marriages," reads the report.

WVSA national director Paula Barnard said early marriages were also prompted by loss of virginity, as well as poverty of the girls' families.

Said Barnard: "When a very recent and localised survey highlights the prevalence of both child marriage and ukuthwala it means we're still faced with a very real issue; our children's voices are not heard."

Speaking at the commemoration of the Day of the African Child 2015 in Soweto on Monday, Minister of Social Development Bathabile Dlamini stressed the importance of community involvement in reversing the trend of child marriages and sexual exploitation.

"Whilst the prevention of child marriages is of paramount importance, it is also critical for us as a continent to work on our support services for children who have been rescued from forced marriages.

She said her department was alerted to Kokstad's forced marriages two weeks ago.

Last Thursday, KZN police arrested the father of a 14-year-old girl and a 27-year-old man who had paid 15 sheep for her to be his wife.

In another case, a 12-year-old girl was involved with a 29-year-old man who impregnated her. Subsequently the man's family paid a cow and goat for damages however she reported the matter to the police and the man was arrested.

He was later released on R2500 bail on the basis that they were in a consensual relationship, despite the girl being far below age of consent.