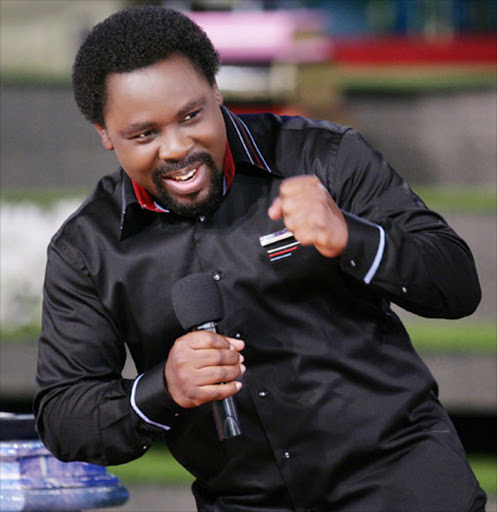 Nigerian ‘Prophet’ TB Joshua plans to celebrate his 52nd birthday in South Africa with the families of the victims who died while visiting the Synagogue Church of All Nations.

A poster published on Joshua’s official Facebook page reveals that award-winning US Gospel Artist Vashawn Mitchell will be among those performing at the event.

“We are excited to announce that on Friday 12th June 2015, the relations of the martyrs of faith, survivors and The SCOAN Family of Southern Africa will be hosting a special birthday celebration in SOUTH AFRICA on the occasion of Prophet T.B. Joshua's birthday,” the post says.

The post however does not mention whether the ‘prophet’ will be travelling to the country to attend the celebration.

Last year the ANCYL issued a statement calling for the controversial Pastor to be barred from entering the country after around 115 people, including 84 South Africans, were killed and dozens trapped when the multi-storey guesthouse attached to the Synagogue Church of All Nations, run by Joshua, collapsed on Friday, September 12.

"TB Joshua should not be allowed to come to South Africa until we know what happened to our fellow countrymen at his church," spokesman Bandile Masuku said in a statement.

"We will make sure we engage with the department of international relations and co-operation to make sure they do not issue him with a South African visa."