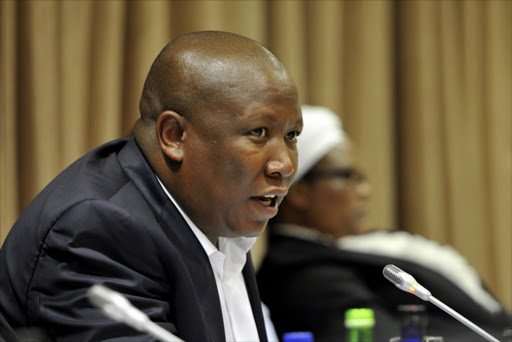 This came after 4pm‚ as the parties returned to the Pretoria High Court after an adjournment.

The revenue service on Monday asked the court to make the provisional sequestration of Malema final.

Malema was placed under provisional sequestration in February last year because of a tax debt of R18-million.

In May 2014‚ Malema signed a compromise offer with SARS in which he would pay the revenue service R7.2-million instead of the R18-million he owed for the period 2005 to 2011.

Pretoria High Court Judge Gregory Wright on Monday wanted to know why the revenue service was seeking the final sequestration order while the compromise agreement seemed to indicate it believed it could not recover any more money from Malema.

Earlier in the day‚ the judge struck from the roll an application by the Economic Freedom Fighters to be part of the case.

The EFF’s counsel Vuyani Ngalwana SC said if the application by SARS succeeded‚ this would have the effect of decapitating the party.

“The party itself … would be rendered ineffective if its leader is not in Parliament‚” Ngalwana said.

Wright also struck off an application by a trust which paid some portion of the settlement offer with SARS to intervene in the matter.