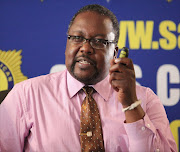 Police Minister Nathi Nhleko has defended the fire pool at President Jacob Zuma’s Nkandla homestead‚ following on his department’s investigation into the upgrades.

The report comes in the wake of a report by the Public Protector‚ Thuli Madonsela‚ which recommended that the president be held liable for a portion of specific upgrades which were questionable from a security point of view.

These included the firepoool/swimming pool‚ the amphitheatre‚ the visitor’s centre and the new kraal and chicken run.

Nhleko‚ who is still making the presentation‚ has outlined the following regarding the firepool:

-The proximity of the huts to one another and their thatched roofs means that fire would be difficult to control should it occur.

-The initial SAPS police security study found that firefighting equipment would need to be placed on site in case of a fire.

-Firefighting experts tested the water pressure and found that “an open water source is best for firefighting and nothing could be better than the pool or dam“.

-A test was done in February this year. The local fire brigade took one hour and 10 minutes to arrive. Suction from the pool worked better than the hydrants‚ which did not have sufficient water pressure.

-The water supply to Nkandla is erratic‚ has low pressure and often runs out.

Earlier today‚ opposition leader Mmusi Maimane announced that the report has exonerated him from having to repay any taxpayer funds.

“As expected the minister of police who works for President Zuma has determined that He does not owe us a cent‚” Maimane said on Twitter.

The ongoing controversy around Nkandla has seen the phrase #PayBackTheMoney become part of everyday lexicon‚ after the the Economic Freedom Fighters disrupted the president’s nationally televised question-and-answer session in Parliament in August last year.

The EFF call was in line with the recommendation by the Public Protector.

In her March 2014 report‚ Madonsela found that Zuma had enjoyed undue benefits from non-security-related upgrades and recommended that Zuma should pay back a percentage of the R246-million spent on security upgrades to his private home.

In her explosive 443-page report titled “Secure in Comfort”‚ Madonsela found that Zuma and his immediate family unduly benefited from measures implemented in the “name of security”‚ including a visitors’ centre‚ a swimming pool‚ an amphitheatre and a cattle kraal with culvert‚ and chicken run. The private medical clinic will also benefit the family in perpetuity.

Madonsela said she had found that Zuma not only knew about the fancy upgrades but personally requested the construction of the cattle kraal and changes to the design of the bullet-proof windows.

In addition to his private architect‚ Minenhle Makhanya — who Madonsela found benefited to the tune of R16.2-million — a private project manager was appointed at a cost of R5-million after Zuma twice complained in 2010 about the slow progress of the construction.

Madonsela found that though Zuma might not have wilfully misled parliament in 2012 when he said taxpayers did not pay for any of his houses‚ his failure to protect state resources violated the Executive Ethics Code.

Ultimately‚ Zuma had failed to discharge his responsibilities as the guardian of public resources and beneficiary of public privileges and resources‚ Madonsela said.

“I believe the president should ideally have asked questions regarding the scale‚ cost and affordability of the Nkandla project.”

Madonsela did not give the specific amount Zuma must repay. She recommended that the National Treasury and the South African Police Service determine the “reasonable cost” that does not relate to security.

If this had been accepted‚ Zuma would have had to pay a percentage of an estimated R78.7-million.