We need more funds for R&D to compete globally – Pandor 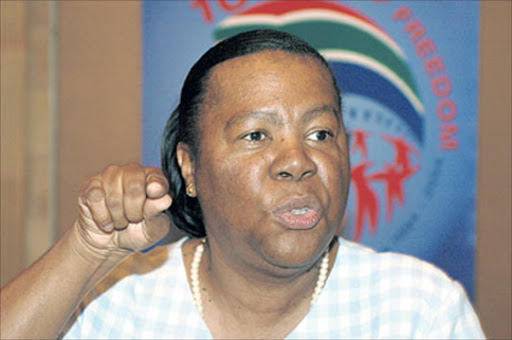 The Department of Science and Technology’s budget is too small to build the economy and allow South Africa to compete on the global stage‚ Parliament heard.

Several opposition parties agreed that the department’s funding was not sufficient for the important work it did.

DA MP Annelie Lotriet said: “This budget constitutes a mere 5.5 % of the national budget. This is clearly not evidence of the important role it has to play in ensuring economic growth and job creation.”

The EFF’s Natasha Louw agreed that the budget was insufficient for the country to increase its global competitiveness and create jobs. “About 93% of the budget goes to the research institutions and if you look at the increases‚ they are well below inflation‚ at about three or 4% over the medium term.”

Pandor said she agreed with Louw that “we don’t have enough funding” but the department’s progress should be lauded and “we cannot be perennial pessimists”.

She outlined plans for 20 new research chairs for women‚ the repositioning of the Technology Innovation Agency under its newly appointed chief executive‚ Barlow Manilal‚ and the MeerKat project.

The MeerKAT radio telescope would be scaled up from its four radio antennae to 32 by next year‚ and the full complement of 64 by 2017. She said the project was on track to meet all its deadlines.

Pandor also announced the signing of intellectual property agreements with firms like Nestlé and L’Oréal. Earlier she said she had been amazed to see herbs commonly used by Xhosa women in the Eastern Cape and other natural resources such as marula oil now being packaged and marketed under major cosmetics company labels.