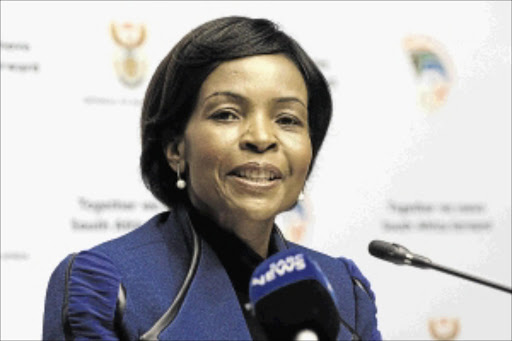 South Africa's moral authority on the international stage has been severely tarnished.

For a country that articulates the centrality of the African agenda and human rights as critical cogs in its foreign policy machinations, it suffices to say that this status is unravelling rather rapidly.

The nexus between domestic and foreign policy is well demonstrated by the way other African states have reacted to the recent spate of xenophobic violence that has afflicted SA.

What has occurred over the past months and weeks has brought into sharp focus South Africa's relations with the African continent.

The Malawian government repatriated its citizens from the country, Nigeria threatened SA business operations in its territory if SA authorities did not take swift action to quell the violence.

In Zimbabwe, demonstrations were held outside the South African embassy. This action was accompanied by demands for boycotts of South African goods and services.

In somewhat of an odd twist of historical events, South Africa finds itself at risk of returning to "African pariah" status, an image that it has worked tirelessly to shed after securing its democracy.

It would seem that the time of reckoning has come for SA's foreign policy, particularly where one of its key pillars in the African agenda has come into question in a significant way.

Following a meeting with heads of African missions accredited to SA, Minister of International Relations and Cooperation Nkoana Maite-Mashabane was at pains to emphasise Pretoria's commitment to a foreign policy that is committed to the vision to achieve a "united African continent that is peaceful, democratic, nonracial, nonsexist, prosperous, which contributes to a world that is just and equitable".

She also drew attention to the commitment by the South African government to fully integrate fellow Africans into SA's democratic dispensation.

The utterances made by the minister show a well-formulated and clearly articulated foreign policy strategy. But the xenophobic violence reflects a different reality at the community level.

On the one hand, the xenophobic horrors perpetrated by South Africans have exposed a glaring disjuncture between foreign policy formulation and its domestic impact. On the other hand, the attacks have exposed how domestic affairs affect the work that South africa conducts across its borders.

What has also been brought to light is the significant extent to which South African relations with the continent are overwhelmingly defined by high-level politics and commerce as opposed to "people to people" relations and solidarity.

This is cause for concern because it reflects the disheartening reality that ordinary South African citizens are alienated from the noble and well-intentioned policy narratives and dispositions which are crafted in their name.

It is also about time that SA business shows concern that is commensurate with the commercial successes that it enjoys on the rest of the African continent.

What has transpired over the past decade in relation to the treatment of citizens from neighbouring countries has left an indelible stain on South Africa's domestic and foreign policy architecture.

A united and swift leadership effort is required across the social spectrum to bring an end to the horrific xenophobic violence that has engulfed the country intermittently over the past years.

It is time that South African foreign policy practitioners thought deeply about the impact of their work not only outside of SA but within its borders.