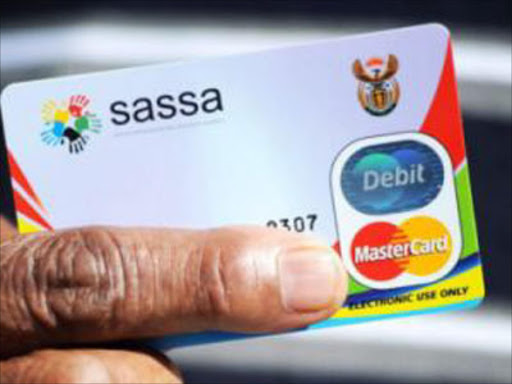 The Lydenburg Magistrate's Court yesterday heard that 18 statements were submitted to the police to confirm that men aged between 23 and 50 were loan sharks. They were formally charged with contravening provisions of the National Credit Act.

Selby Mahumane, 50, Kenny Temba, 26, Xolani Ngomane, 26, Mxolisi Sekgobela, 24, Dumisani Madime, 26, and Sethu Magagula, 23, were arrested on Friday while withdrawing money at an ATM in Lydenburg, Mpumalanga, using some of the 499 Sassa social grant cards they had in their possession. They were also in possession of R80000 in cash.

The men have been linked to a company identified as Mayibuye Cash Loans. Police nabbed them after a signal was automatically sent to the police from the ATM, alerting them of suspicious activities.

According to the charge sheet, each one of the cards had the name of its owner printed on it, as well as a pin code. The state also told the court that it was in possession of 18 statements from social grant beneficiaries who alluded to "voluntarily" giving their cards to the men, which is against the law.

The court also heard how the men's "illegal" business, based in Nelspruit, stretched as far as Burgersfort in Limpopo.

They were granted R1000 bail each and their case was postponed to June 2 pending further investigation.