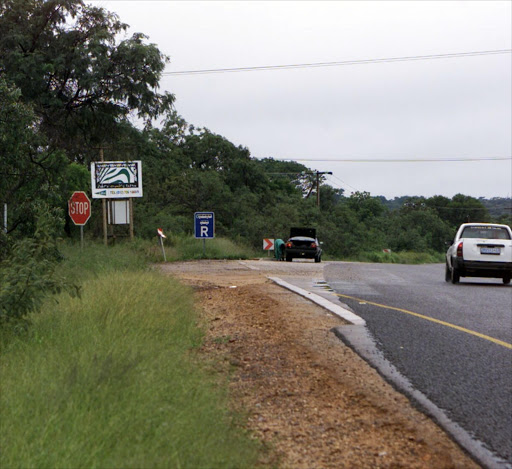 Seven commuters were rushed to hospital with minor injuries on Wednesday morning after a Putco bus they were travelling in fell into a storm water drainage hole along the notorious Moloto road in Mpumalanga‚ north east of Pretoria.

According to police spokesperson Sergeant Zimkhona Mahlangu‚ the bus was about to turn into Moloto road towards Pretoria after picking up commuters in Moloto Block 1 when the accident happened at around 4am.

She said the bus only had 17 commuters on board as it was still picking up passengers along the road.

“At this stage it appears that the driver failed to negotiate the corner and drove into the hole. Four people sustained minor injuries and three sustained bruises. They were all rushed to KwaMhlanga hospital for medical attention‚” she said.

Mahlangu said the 10 passengers who were not injured got on other passing buses to continue with their journey. She said they were investigating a case of reckless and negligent driving in connection with the accident.

In November 2013 the road‚ infamously known as the “The road of death”‚ claimed the lives of 29 people near Kwaggafontein when their bus collided with a stationary truck.

In March a six-year-old child was killed and seven others injured in a multiple vehicle pile-up accident involving a Putco bus‚ a minibus taxi and several other vehicles on the notorious road near KwaMhlanga.

Due to its frequent horrific crashes‚ in September last year the road featured on the World’s Most Dangerous Roads — a German television documentary series watched by more than 1.2million people in Germany‚ Austria and Switzerland.

Around 50 000 people commute daily on the road in 635 buses between the former KwaNdebele homeland and Pretoria.