Stop the killings in Glebelands: R2K 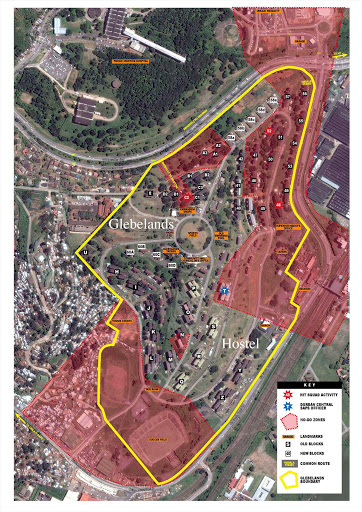 The Glebelands Hostel “has been allowed to become a war zone for political plunder and the government is silent”‚ the Right2Know Campaign (R2K) said on Monday.

The organisation demanded an urgent investigation into allegations of corruption‚ police brutality and political interference‚ which R2K claimed‚ has resulted in at least 25 people being assassinated.

“We demand an urgent investigation into the allegations that uMlazi police officers are colluding with criminals involved in the killing of block committee members and the intimidation of members of the uBunye Bamahostela neZakhiwo Zawo‚” the R2K statement read.

According to Vusi Zweni‚ chairman of the uBunye bama Hostela organisation: “Hostels are places where there are many voters [concentrated] in one area. All politicians want hostels as their political bases. There’s a huge fight for power.”

R2K said that an example of political interference came last year when the premier of KwaZulu-Natal banned community meetings.

“There have been numerous cases of police assault and torture – including that of a woman — while one man died during interrogation.”

R2K cited the case of Thulani Kati‚ the former Block P committee chairperson who last year detailed how he was handcuffed and driven to the Glebelands sports ground where he was tortured by the police.

“Many of the killings are of those who have persistently requested accountability‚ transparency and investigation into questionable relationships between police‚ known criminal elements operating within the hostel and local politicians‚ as well as calling for meaningful community consultation‚” said R2K.