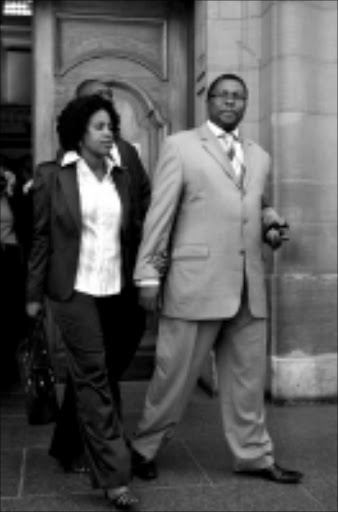 Transnet’s new acting head‚ Siyabonga Gama‚ takes up the position nearly six years after he contended for it‚ was fired and successfully challenged his dismissal.

Mr Gama was appointed the acting CEO of the state-owned logistics company on Monday after CEO Brian Molefe was seconded to Eskom last week.

Mr Gama has been at Transnet since 1994 and CEO of Transnet Freight Rail‚ the group’s largest division‚ since 2005. He is the longest-serving member of the executive team.

In 2010‚ he was dismissed after a disciplinary inquiry found him guilty on three accounts of misconduct‚ including fraudulently awarding a contract for security services to a company associated with Siphiwe Nyanda‚ a former communications minister.

Mr Gama was also found to have gone against board instructions in awarding an R800m contract to an empowerment group without including the engineering arm of Transnet.

Mr Gama successfully challenged his dismissal and was reappointed as head of Transnet Freight Rail in 2011 and was paid R12.5m in salary and bonuses that year.

A later audit report commissioned by Transnet found that disciplinary proceedings against Mr Gama had followed the correct procedures but had erred by singling him out‚ therefore making the process inconsistent.

Mr Gama said on Monday that he intended to focus on port development‚ on growing Transnet’s market share across a number of sectors and on concluding wage negotiations.

He said Transnet was making progress on its R50bn deal to procure locomotives from four international manufacturers.

Transnet would focus on supplier development and on ensuring that components for the locomotives were sourced in SA‚ Mr Gama said.

“We need to create an industrial complex where we have competence in locomotives assembly. (This will) ensure that SA has the capacity to create the necessary jobs and avoid capital flight‚” said Mr Gama.

Transport analyst Andrew Marsay said Mr Gama needed to have the “vision and courage” to find a market-friendly operating model for Transnet.

It was the sole owner and operator of rail in SA but could not distinguish which investments were good and which were not‚ Mr Marsay said. Without a market-oriented operating model‚ “you continue to spend billions and make little difference and simply create massive maintenance costs”.