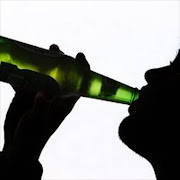 Four Mthatha pupils were arrested and charged with malicious damage to property after they broke windows at their school and vandalised the principal’s office.

They will undergo drug tests‚ police said after computers and furniture were smashed and a car dented.

According to teachers at the school‚ the four Grade 8 and 9 pupils seemed to be under the influence of alcohol and the women teachers delegated a male teacher to go out and check on the commotion.

A teacher at the school‚ Matshaka Qokoyi‚ who narrowly escaped being stabbed‚ said: “I found one pupil lying on the floor. He was so drunk‚ he could not even walk property. I took him to the principal’s office“.

“Two two more boys came and said they wanted to fetch their hero‚ the daredevil of their group. They broke a photocopier‚ a cabinet where we keep trophies‚ laptops and other computers. One of them stripped to his underwear and started roaring‚ while another drew a knife trying to stab me. I took it away from him”.

The gang also jumped on the the roof of a teacher’s sedan‚ damaging it.