'I could not defend the indefensible' 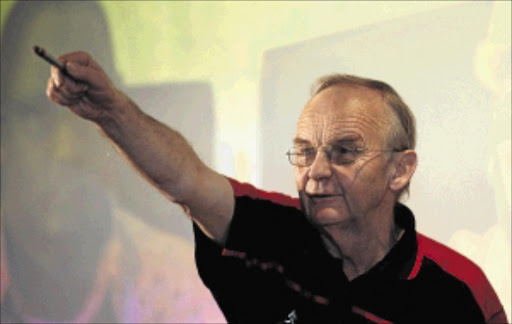 Patrick Craven submitted his resignation as the spokesman of Cosatu on the morning the federation announced the expulsion of its general secretary Zwelinzima Vavi.

Craven, who worked for the Congress of South African Trade Unions (Cosatu) for 15 years, has a close relationship with Vavi.

The relation was forged when Craven was Cosatu's acting national spokesman in 2006. He became full-time in 2008 until his resignation last Tuesday.

Craven discussed his decision to resign with Vavi, who he still refers to as Cosatu's GS (general secretary).

"I thought that following the central executive committee (CEC) meeting, I had to host a press conference and speak to the media about a decision I could not defend. I could not defend the indefensible," he says.

"I e-mailed my resignation the morning of the press conference to Vavi's deputy Bheki Ntshalintshali. I never spoke to any of Cosatu's national office bearers. I am serving my notice this month unless I am told otherwise."

Craven says staying in Cosatu would have meant abandoning his principles. He believes that the federation's membership will support his decision.

Like Vavi, Craven speaks about going back to the workers. He is hopeful that Vavi and other leaders will re-emerge as part of a workers movement.

"The problems in Cosatu are part of the bigger problems in society at the moment. People are angry. There is massive unemployment, people live in poverty and we remain an unequal society," says the 72-year-old.

"There is still a two-tier system on service delivery in health, education and transport. That is why we see so many protests. It is because people are angry. I am planning to work with trade unions that agree with my outlook."

He was clear that Vavi would re-emerge as a worker leader and that the other unions that are boycotting the CEC would be stronger.

He would not reveal how far these plans had gone.

The unions that are boycotting the CEC include the Food and Allied Workers Union and Communication Workers Union.

Craven defends Vavi's sex scandal, saying he was totally shocked when the news first broke out and that Vavi was ashamed.

"His opponents used the sex scandal against him. They became personal because of corruption allegations. Nothing has been found against him," he says.

He traces Cosatu's problems to 2012 - before and during the Cosatu congress that was held in Midrand. Craven says at the time it looked as if the problems could be resolved.

"After the congress it got worse. Vavi was always challenged by other leaders during the CEC. This led to things being unstable in Cosatu. There have been serious political differences between the leaders. Some leaders wanted Cosatu to remain a loyal member of the alliance, loyal to the government and that Cosatu should not be critical of the government.

"On the other hand, the other group, including myself, advocated for a Cosatu independent of the ANC and SA Communist Party, a Cosatu that stands by its decisions and not those taken by other organisations," he says.

"The decision was a clear policy of congress but some saw it as an attack on the government. Vavi was absolutely right in advocating the position of congress."

On the National Development Plan Craven says there were clear divisions between leaders supporting the government and those who were critical of the NDP.

"The NDP document moves away from Cosatu's policies as well as ANC policies. It consolidates the status quo of living in a capitalist country," he says.

Craven supports Vavi's statement that the majority group in the CEC wanted Cosatu to support the ANC blindly and were not trying to find a solution to the federation's problems.

He identified the dominant group as made up of leaders from unions like the National Education Health and Allied Workers Union and the Police and Prisons Civil Rights Union.

He blames the dominant group for the expulsion of the National Union of Metalworkers of SA (Numsa) from Cosatu. Craven says that decision made him think about resigning.

"They were expelled for political reasons," Craven says.

Numsa's special congress took a decision not to support the ANC in the 2014 national election - a decision that was against existing Cosatu policy, says Craven, whose wife Norma is national legal officer for Numsa.

"In my view, the issue could have been taken to Cosatu's national congress for discussion, not expel Numsa. If you hold a different view in Cosatu, you get shot down. Expelling Numsa was politically wrong."

He says it became increasingly difficult for him to comment in the media because a lot of people had approved the statement.

"We used to react to several issues but with the current crisis, it became difficult."

He says an ANC task team had tried to solve Cosatu's problems but could not reach an agreement with the "dominant group".

Craven accused the SACP and some ANC leaders - but did not name them - of being behind Cosatu's crisis. He did not mince his words on the SACP, saying its involvement in Cosatu's affairs has been scandalous.

"The SACP has been determined to get rid of Vavi. It wants a Cosatu that tones down on the government. Vavi is out because he defended Cosatu's policies. He has come under attack unfairly."

Craven says his ANC and SACP memberships have lapsed.

"I am thinking whether I should renew the ANC one but I am certain I will not renew my SACP membership."