Relief in Boston as Tsarnaev convicted on all counts 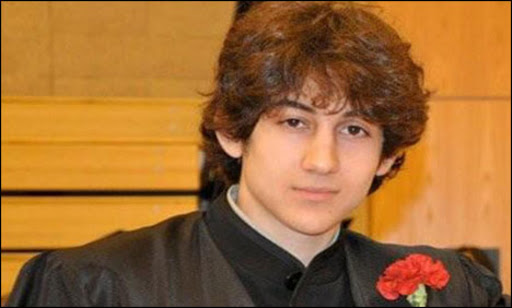 Boston Marathon bomber Dzhokhar Tsarnaev’s conviction on Wednesday came as a relief to residents of the city, though many expressed mixed feelings over whether the 21-year-old should be put to death for his crimes.

Tsarnaev was found guilty in federal court of killing three people and injuring 264 others by detonating twin bombs at the finish line of the world-famous race in 2013. It was the worst attack on US soil since Sept. 11, 2001. The jury will now decide whether Tsarnaev should be executed.

“I’m glad the verdict came out this way. It is a first step toward closure, honestly,” said Armando DiCianno, 34, a consultant from Boston who said he was nearby when the homemade pressure-cooker bombs ripped through the crowd of runners, volunteers and spectators.

But DiCianno said he was less certain what outcome he hoped for in the sentencing phase. “I have always been against the death penalty, but when something like this happens to you, your opinions change a little bit,” he said.

Even survivors of the bombing attack have mixed feelings about putting the former student at University of Massachusetts-Dartmouth to death for his crimes.

After the verdict was read, bombing survivor Karen Brassard said at a news conference that she and other survivors were grateful for the guilty verdict. But she said the survivors also had differing views on whether Tsarnaev deserves the death penalty.

Massachusetts scrapped the death penalty in 1984, but capital punishment is still available in cases that are under federal jurisdiction. Polls of Boston residents have shown the city generally favoring life in prison for Tsarnaev.

One poll released by Boston’s NPR news station WBUR in March showed 62% would favor life in prison for Tsarnaev, while 27% favored execution. A survey conducted by the Boston Globe in 2013, five months after the bombings, found 33 percent wanted him put to death.

Boston Cardinal Sean O’Malley and Massachusetts Roman Catholic bishops said this week in a statement that it would be against church teaching to execute Tsarnaev.

The defendant in this case has been neutralized and will never again have the ability to cause harm. Because of this, we, the Catholic Bishops of the Commonwealth of Massachusetts, believe that society can do better than the death penalty,” the statement said.