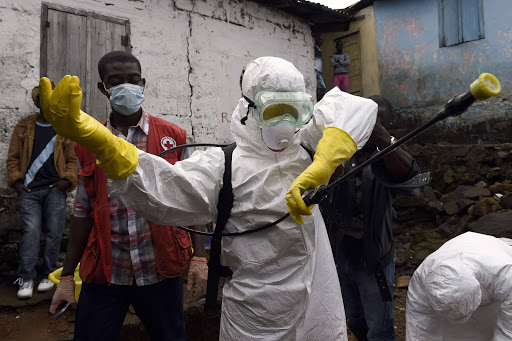 The last two members of a group of US healthcare workers whose colleague is being treated for the Ebola virus returned on Wednesday from Sierra Leone to the United States, where they are being monitored for possible exposure to the deadly virus.

Their repatriation brought the total number of Americans brought back from the West African nation to 18 since last Friday, the US Centers for Disease Control and Prevention said Wednesday night.

“They were part of the same group that have been coming back slowly, said CDC spokeswoman Jennifer McQuiston.

Neither of the two healthcare workers brought back Wednesday has tested positive for Ebola, but they are being monitored because they might have been exposed to a colleague who has contracted it.

The infected healthworker is being treated at a biocontainment unit run by the National Institutes of Health in Maryland, McQuiston said. The CDC has not yet said how the initial patient was exposed to the disease.

The others are being observed at several different locations in the United States, including Atlanta, Maryland and Nebraska.

Most of the healthworkers were employed by the aid group Partners in Health, though CDC has not divulged their names.

McQuiston did not say where the two who arrived on Wednesday entered the country, or where they were being sent for monitoring.