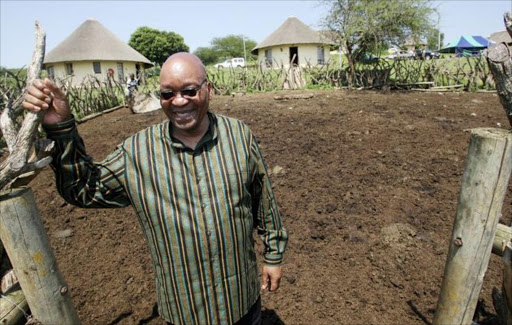 Disclosure of Nkandla security structures, sought by architect Minenhle Makhanya, could put President Jacob Zuma in danger, according to papers before the High Court in Pietermaritzburg on Wednesday.

Such disclosure would reveal "highly sensitive measures which would put the lives of president Zuma and his family in jeopardy", director general of the national public works department, Mziwonke Dlabantu, says in the papers.

He said the documents were prepared by the SA Police Service and the SA National Defence Force, which classified them. Makhanya could therefore seek the documents from these bodies through the Promotion of Access to Information Act.

The Special Investigating Unit (SIU) has alleged Makhanya authorised the construction of structures which were not security measures, as determined by the police and army.

He allegedly over-designed facilities and the public works department paid service providers when it was not obliged to.

As a result of his "wrongful, unlawful and negligent conduct", R68.5m was paid to service providers for work that fell outside what the police and army recommended.

The SIU reportedly claimed the public works department offered to appoint Makhanya as principal agent of the Nkandla upgrade, but the appointment was unlawful as it was not preceded by an open tender process.

In a report released in March, Public Protector Thuli Madonsela found Zuma and his family had unduly benefited from the R246m spent on the upgrades. She recommended Zuma repay that part of the money not spent on security.

Makhanya made headlines after it was revealed in Madonsela's report that he had made R16.5m from the project.

The SIU had indicated that the best way of recovering the state money misspent on the project would be to claim it from Makhanya.

This was in contrast with Madonsela's finding that Zuma was liable.