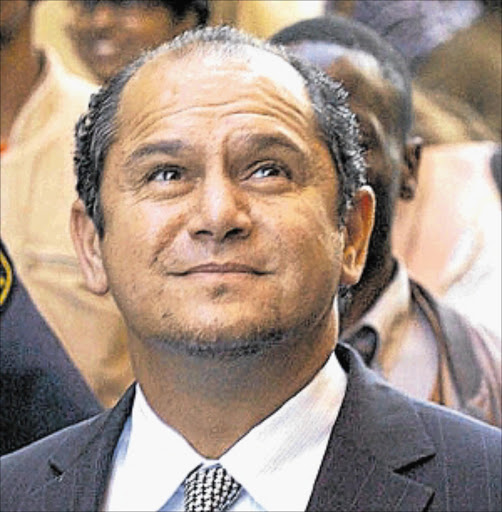 The department had received correspondence from the medical parole advisory board in which "offender Shaik" had asked for his medical parole to be converted to ordinary parole, Masutha said in a statement.

The department was attending to the matter.

Masutha rejected claims by the Democratic Alliance that he had personally received the application from Shaik. The party called on Masutha to deny Shaik's application.

"We suspected at the time that Shaik was not eligible for medical parole but rather that he was receiving preferential treatment because he was closely linked to the President [Jacob Zuma]," the party said in a statement.

Shaik, Zuma's former financial adviser, was found guilty of corruption and fraud in 2005. He was sentenced to 15 years in prison on each of two counts of corruption, as well as three years for fraud.

He was taken home in an ambulance after being released on medical parole in 2009, after serving two years and four months in jail.

In 2011, Shaik allegedly throttled and slapped a Sunday Tribune journalist pursuing a story about him playing golf while out on medical parole. There was not enough evidence to prosecute.

Weeks later, Shaik was accused of assault at a mosque after allegedly slapping and punching a man in an argument about parking.

Asked if he was terminally ill, Shaik told the Mercury in an August 2013 interview that he suffered from "severe uncontrollable hypertension", a genetic affliction of the vascular system, which both his parents had.

"Some days are good. Some days are bad. I don't even know how long I am going to live. I am not too bad. What can you say? Life is like that. All our lives are up and down," he told the paper.