Mngxitama and Litchfield-Tshabalala to miss SONA 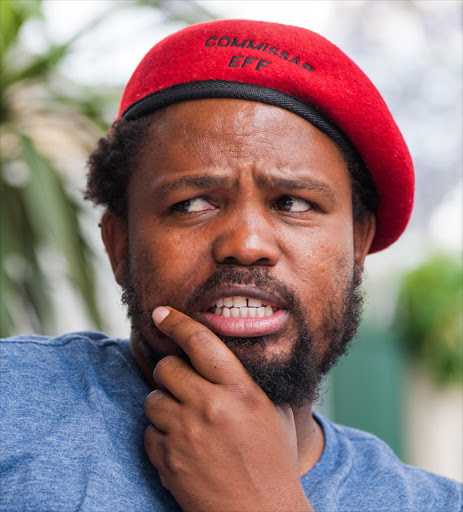 EFF MPs Andile Mngxitama and Khanyisile Litchfield-Tshabalala will not be attending the State of the Nation Address (SONA) because they do not feel safe.

Following an attack at the Cape Hotel, the duo has vowed to stay away from Parliament for their personal safety.

“We are not going to attend the SONA tonight, I don’t feel personally safe because when we left that venue and went to an alternative one, they gathered outside that venue, Protea Fire and Ice I can tell you now even police had to be called.

“So how do I go and attend the SONA with members of the same party who feel that my rights are so little that I cannot talk to anybody unless they mandate me to talk?,” asked Litchfield-Tshabalala.

Mngxitama has accused Julius Malema and the EFF of not shouting ‘Pay back the money’ for a good cause.

Mngxitama also claimed that Malema and other EFF leaders had met with leaders of the ANC to broker a deal that would see the State of Nation Address go uninterrupted.

He said the deal involved EFF “illegally” expelling him and other Members of Parliament.

“Leadership of the EFF had gone to the ANC, and asked the ANC to allow it to illegally expel seven members of parliament of EFF in exchange for not disrupting the SONA,” he said.

“When the ANC said ‘NO’, the EFF leadership decided they were going to disrupt and use our campaign, the ‘Pay Back The Money’ campaign for this purpose.

“We find it unethical. We find it reactional, we find it part of the culture of corruption, part of abusing legitimate issues of the people for narrow ends,” explained Mngxitama.