29 killed in clashes between army and rebels in Congo 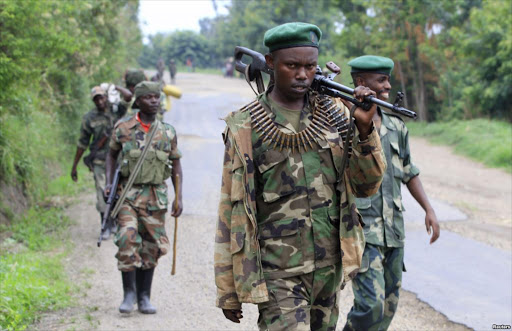 Nearly 30 people have been killed over the past week in clashes between the Congolese army and one of the armed groups operating in the east of the country, a spokesman for local United Nations peacekeepers said in Bunia on Thursday.

The fatalities include 24 insurgents and five soldiers, Prosper Felix Basse said. Six soldiers and one peacekeeper were injured.

The army and UN peacekeepers clashed with the Patriotic Resistance Force of Ituri (FPRI) in Walendu-Bindi, Basse said, adding that the rebels had fled.

The FPRI has been in peace talks with the government, but hundreds of its fighters have refused to disarm as long as the government does not accept their demand of an amnesty and of being integrated into the army.

The group has been accused of involvement in massacres and of recruiting child soldiers.

Dozens of armed groups are active in eastern Congo, which has been ravaged by violence since the 1996-2003 Congo wars.

Unrelated clashes between protesters and police, meanwhile, have continued in Kinshasa and other cities, with UN representative Abdallah Wafy launching an appeal to the authorities to respect "freedom and fundamental rights," Radio France Internationale reported.

Several people have died in protests against a law that some fear would allow President Joseph Kabila to extend his stay in power.

In the eastern city of Goma, protests erupted after the internet was cut off.