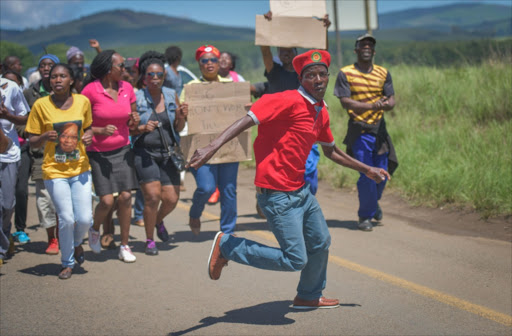 The protests in the Malamulele area in Limpopo that had prevented pupils from attending school was "extremely concerning", the education alliance said on Tuesday.

"Our learners' opportunity to learn has been jeopardised," said general secretary of the SA Democratic Teachers Union (Sadtu) Mugwena Maluleke on behalf of the alliance.

At least 100 schools were reportedly affected by the protest by residents who were demanding their own municipality.

Maluleke was addressing reporters at the Landulwazi Comprehensive High School in Thokoza, south of Johannesburg, along with members of the Congress of SA students, the SA Students Congress, and the National Education Health and Allied Workers Union.

Maluleke said the alliance had met on Monday to take stock of the re-opening of schools across the country.

"Except for a few instances, the process by and large unfolded as expected and as hoped for," he said.

The alliance also condemned Swaziland's King Mswati for postponing the opening of schools in that country.

"This is treacherous as the king is borrowing from the future of the children what he will never be able to pay back."

Maluleke said the use of matric results as a yard stick for the education system was "misleading".

"Education does not start in Grade 12," he said.

"Out of the over a million learners that entered the system in 2003, less than half of those made it through."

In order to resolve this, the gap between policy and implementation needed to be reduced.

The alliance welcomed the introduction of paperless schooling at some Gauteng schools, but pointed out that efforts needed to be made to ensure the safety of the children who were using tablets instead of notebooks.

"It's the community's responsibility to make sure that schools are safe and drug free," he said.

He expressed the alliance's commitment to the Quality Learning and Teaching Campaign, which states that the education department must provide resources, teachers must teach and learners must learn.

Inland schools opened on Wednesday last week, while coastal schools were expected to reopen on Wednesday.