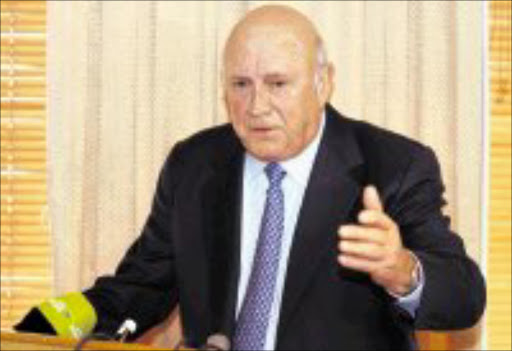 Former president FW de Klerk on Wednesday said he was honoured that Table Bay Boulevard may be renamed FW de Klerk Boulevard, if the Cape Town council accepts a proposal by the city's naming committee.

"I am honoured and touched by the decision of the City of Cape Town's Naming Committee to recommend the renaming of Table Bay Boulevard in my honour," he said in a statement.

"I would sincerely like to thank all those - including many prominent residents of the Cape - who have supported this initiative."

City of Cape councillor Brett Herron said on Wednesday that the proposal complied with the city's naming policy which stated that citizens of Cape Town and South Africa may be considered in their lifetime if they have received international recognition of the highest kind.

Herron said the former president fell within that category.

However, De Klerk said that he was not sure geographic locations should be renamed in honour of living people.

"I would, however, like to stress that this is not an honour that I sought - since in my heart I am not at all sure that, with one or two exceptions, geographic locations should be renamed in honour of living people," he said.

"I would nevertheless be prepared to accept the honour - not on my own behalf but on behalf of all those who supported my efforts while I was president to negotiate a new non-racial constitutional democracy for all our people."

The 79-year-old was president from September 1989 to May 1994. He was last head of state of South Africa under the apartheid era.

In 1993 he won the Nobel Peace Prize along with struggle icon Nelson Mandela for their role in ending apartheid.

Herron said the final decision was up to the council.

The decision to propose De Klerk's name followed a written request by prominent residents of Cape Town to mayor Patricia De Lille and the city council in June last year.

According to the proposal it was opportune for the city to recognise FW de Klerk's role in the transition to a new dispensation in South Africa.