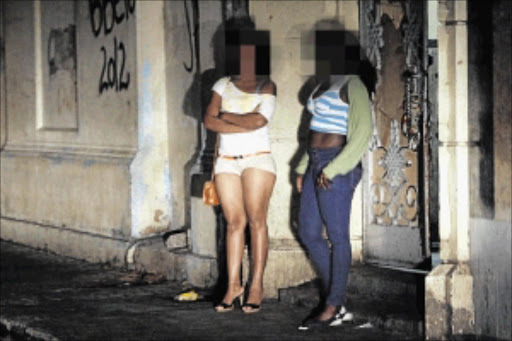 The statistics were announced by the SA National Aids Council (Sanac) at the launch of a national HIV/Aids programme for sex workers in Johannesburg on Monday.

"How can you talk about HIV prevention and not talk about sex work, knowing HIV transmission involves sex?" Sanac CEO Fareed Abdullah was quoted as saying at the launch.

Sex workers, their "non-commercial partners" and their clients accounted for between six and 11 percent of all new infections in South Africa.

These "concerning" figures pushed Sanac and its partners to develop a programme aimed at fighting HIV/Aids in the sex worker industry, the publication reported.

National co-ordinater of sex workers' movement Sisonke, Kholi Buthelezi, said it was the duty of all sex workers to ensure the programme was successful.

"We want to use condoms but sometimes our clients refuse," she said.