Minstrels' Carnival to be held on January 17 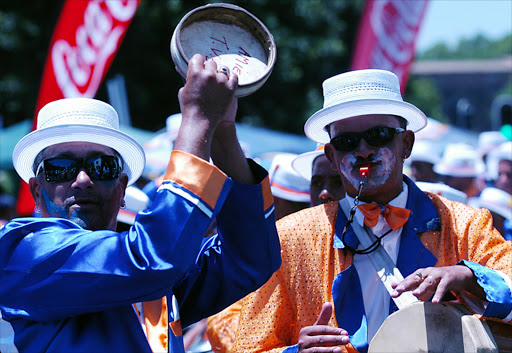 The annual minstrels' carnival parade will be held on January 17, the City of Cape Town and the Cultural and Carnival Committee have agreed.

"The committee, which is responsible for managing the event, has agreed to address all of the outstanding legal requirements and submit all necessary plans by close of business on Monday 12 January 2015," the city's acting mayor Brett Herron said after a meeting between the parties on Thursday.

Another meeting would be held on Tuesday to ensure the committee's application and plans complied with the city's events policy and national legislation.

Committee president Richard Stemmet said there were certain requirements that still had to be met, but said he was happy the parade would go ahead next week.

"We are very happy. We just want to apologise to the people, but there is a lot for them to look forward to. So get ready," he said.

On Tuesday, the city and committee blamed each other for the delay. Mayor Patricia de Lille said the committee had failed to deliver.

The year's carnival, which usually happens shortly after the start of the new year, has seen numerous postponements.

The committee moved the event from the original date of January 3 to January 5 for religious reasons. It later postponed it for "logistical reasons" to January 10.

This date, however, coincided with the African National Congress's 103rd anniversary celebrations, to be held at the Cape Town stadium.

Stemmet on Monday told Sapa the carnival would happen on January 10, but on Tuesday said the ANC's festivities had made this impossible.

The city has given the committee over R2 million to host the carnival.