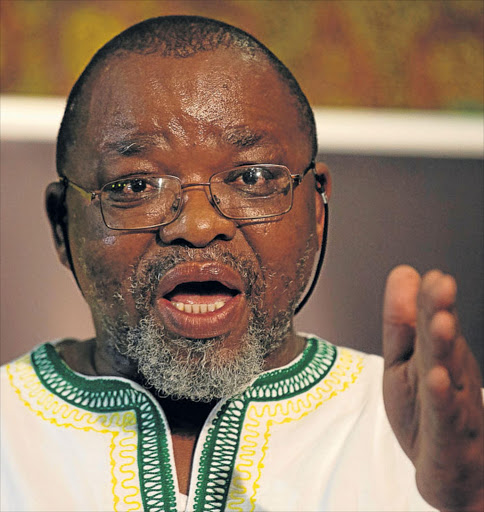 The ANC will use its upcoming 103rd anniversary to reclaim the Freedom Charter, which must serve as the basis for its future plans, secretary general Gwede Mantashe said in Cape Town on Wednesday.

"Now we will be giving the country context... progress made, challenges faced, what should be done practically because it is easy to shout slogans when you have no respect for them.

"The ANC leads, everywhere," Mantashe told journalists on the sidelines of the last day of a meeting of the ANC's national executive committee, ahead of anniversary celebrations this weekend.

Mantashe said the party planned to fill the 52,000-capacity Cape Town stadium on Saturday, after days of wrangling with the Democratic Alliance-led local government over regulations governing the venue's use.

He again accused the DA of using the stadium fees and rules as "apartheid era influx control measures" to keep the ruling party's supporters away from its birthday bash.

"We will fill the stadium. The ANC is known for filling stadiums, so you can't expect anything less."

Mantashe's comments serve as a pointer to the message President Jacob Zuma is expected to deliver in the opposition-led province on Saturday, at the start of a year in which the ANC will try to rebuild support in the Western Cape ahead of the 2016 local government elections.

"The January 8 statement every year does look a little bit back but focuses on what we are going to do.

"Tomorrow is the actual birthday of the ANC. We will be all over, talking to our people, reminding them where we come from so that they can enter the way forward."

In a barb aimed at the opposition, he added: "This is why everybody with no history can easily say this is what should happen because they don't know the journey and the complexity of the journey."

Party officials confirmed that the ANC had organised hundreds of buses and free train journeys for supporters into the city on Saturday.

Adopted in Kliptown, Soweto, on June 26, 1955, the Freedom Charter set out the core principles of the ANC and its then allies, and 40 years later helped to shape the Constitution.