Quotes of the year 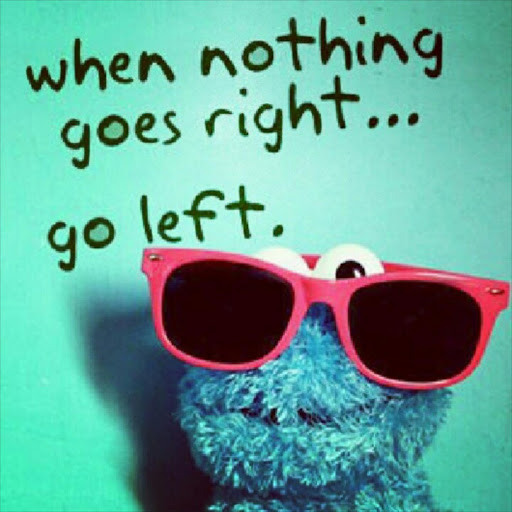 A selection of quotes that defined the South African landscape in 2014.

"This is a game-changing moment for South Africa." - DA leader Helen Zille announcing a merger with Mamphela Ramphele's Agang SA ahead of the general elections in May. The merger broke up five days later.

"It has been an election and a half." - President Jacob Zuma following the ANC's winning the May general elections.

"If you sit with me at a personal level, you are going to kiss me on my forehead. You will say: 'This is not the person we are always told about, he is a monster, and he is going to be Hitler'. I'm the sweetest guy. I'm the coolest guy." - EFF leader Julius Malema.

"I see the Eiffel Tower lights are shining today." - Remark apparently made in 2000 by President Jacob Zuma to Alain Thetard, the then-head of arms company Thales's South African subsidiary Thint, to allegedly signal his acceptance of a R500,000 a year arms deal bribe.

"Pay back the money!" - Chant by EFF MPs in the National Assembly unhappy with President Jacob Zuma's response to questions about when he intends repaying part of the R246 million spent on his Nkandla homestead.

"She donated her own kids to the ANC." - ANC secretary general Gwede Mantashe paying tribute to Epainette Mbeki, who died in June aged 98.

"I never called him a liar. I said he was lying." - Prosecutor Gerrie Nel in his closing arguments in the trial of murder-accused paralympian Oscar Pistorius in the High Court in Pretoria.

"You know... if Mr Pistorius is very anxious, if he screams it sounds like a woman's voice." - Pistorius's lawyer Barry Roux.

"The court cannot cherry-pick parts of his evidence which seem consistent and reject others." - Western Cape High Court Judge Jeanette Traverso discharging Shrien Dewani on the charge of murdering his wife Anni.

"It will also mean a lifetime of torture for me and my family." - Anni Dewani's brother Anish Hindocha on Dewani's not revealing the truth about her killing.

"We are confident he is linked to the crime and he will be charged with murder and robbery." - Police detective Lt-Gen Vinesh Moonoo following the arrest of a man in connection with the murder of Bafana Bafana captain Senzo Meyiwa. The charges were later withdrawn.

"Mr Hofmeyr has exposed himself to criticism, satire, ridicule, and the court is not satisfied that he should be accorded the protection." -Randburg Magistrate Naren Sewnarain setting aside an interim protection order obtained by Afrikaans singer Steve Hofmeyr against ventriloquist Conrad Koch and his puppet "Chester Missing".

"Do you hate all black people or just some of them?" - Chester Missing addressing Dan

"There is no crisis at Eskom. I think the way Eskom gets reported on creates the perception of a crisis." - CEO Tshediso Matona commenting on rolling blackouts across the country.

"They know fuck all about building power stations." - An engineer, working on the Medupi power station, commenting on Eskom's management style.

"I have done nothing wrong." - SABC board chairwoman Ellen Tshabalala after she resigned when Parliament's communications portfolio committee found her guilty of misconduct for lying about her academic qualifications.

"I am ashamed to call this lickspittle bunch my government." -Archbishop Emeritus Desmond Tutu after the Dalai Lama was once again denied a visa to South Africa, this time to attend the 14th World Summit of Nobel Peace Laureates in Cape Town.

"I deeply regret the deaths of all the people that died at Marikana. I deeply regret that." - Deputy President Cyril Ramaphosa at the Farlam Commission of Inquiry into the shooting deaths of 34 people, mostly striking Lonmin miners, during a strike in August 2012. He was a non-executive director of Lonmin at the time.

"I believe it was an attack. Obviously everything that is not good comes from Satan. The idea... that people are thinking that it is a collapse, it's not possible... I'm very sure of that because the structure was solid." - Taiwo Taiwo, who survived preacher TB Joshua's Synagogue Church of All Nations guest house collapse, in which 85 South Africans were killed.

"Even for myself, it was revealing. Age doesn't have anything to do with falling in love. You do all the silly things you do when you are in love. Madiba was about to turn 80; I was in my early 50s. But we became like adolescents." - Graca Machel on falling in love with former president Nelson Mandela.

"It is such a pity he is no longer there for me to ask just what on earth would have brought him to elect that he would take my land and give it away to someone who actually has a whole world in Mozambique, because she's got her four houses in Mozambique." - ANC veteran Winnie Madikizela-Mandela arguing that former president Nelson Mandela's widow Graca Machel should not inherit a property in Qunu.

"I visualised something different, him holding me in his arms, hearing his soft voice." - Yolande Korkie after her husband Pierre was killed on December 6, as US forces tried to rescue him and photographer Luke Somers from their captors in Yemen.

"The suffering that the animals endured does not compare to the financial loss that I suffered." -- National Council of Provinces chairwoman Thandi Modise reacting to the horrific conditions animals on her farm Modderfontein, near Potchefstroom, North West, were found living in.

"She told the story that was not allowed to be told." - Communications Minister Faith Muthambi paying tribute to Nobel Prize winning author Nadine Gordimer following her death on July 13.

"My father woke up at night and cried, 'Where's my son? Where's my son? I can't bury my son. So we're very happy that at last the remains are coming back home." - Gladys Maphumulo, sister of journalist Nat Nakasa, to the New York Times shortly before his remains were exhumed in the US and returned to South Africa for reburial in August.

"Most of the complaints were that the campaign is offensive as it insinuates that all people with the name Steve are stupid or financially declined, and that children with the name Steve will be ridiculed and bullied as a result." - Advertising Standards Authority spokeswoman Mpumi Mda on the 20 complaints received in reaction to an FNB advertising campaign.

"I have stab wounds, I have evaded assassination and I spent time in detention, and this is not what I fought for as an actor." - Actor and playwright John Kani on the salary dispute between the cast of soap opera Generations, the SABC, and a production company.

"Sometimes the criminal makes it almost too easy for the police." -Brigadier Hangwani Mulaudzi after two Limpopo cousins tried to steal a cow by putting it, along with bottles of beer, in a stolen private ambulance.

"We don't have a water problem. We drink beer instead of water." - A young man in Bloemhof following reports of contaminated water in the area.

"The officer found the goose and goslings trying to cross over from the centre of the freeway when he decided to block off all of the lanes." -Johannesburg metro police spokesman Chief Superintendent Wayne Minnaar on an officer briefly halting traffic on the N1 south.

"These rats are wild and huge. They are so daring you will think they are on drugs." - Clement Mothibi, a resident of Lusaka, in Batho, Bloemfontein on the rat plague in his area.

"To the hooligans who stole baby Jesus and a sheep, you are really not funny or clever at all. What pleasure do you get from trashing your own neighbourhood? Please do the right thing and return them." - Helen Canon, who manages a nativity scene displayed in Durban. Shortly before Christmas the baby doll representing Jesus, a sheep, a cow's tail, a shepherd's coat, and Joseph's beard were stolen.

"I was just standing looking around when Santa approached and asked me to leave because my presence was interrupting him." - Eugene Henning on how his former son-in-law, who was dressed as Santa Claus at an East London Mall, smacked him.

"I would like my name to be Princess Freedom. Freedom is just a beautiful word - Miss World Rolene Strauss on what her name would be if she was a superhero.