Mabe acquitted of fraud and corruption 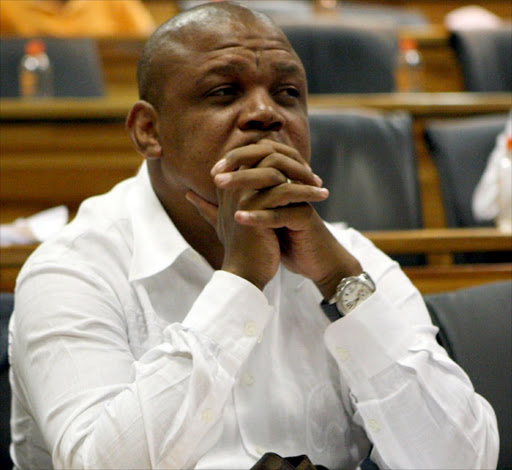 ANC Youth League presidential candidate Pule Mabe and two others have been cleared of various charges including fraud and corruption, their attorney said on Thursday.

"All three of them were found not guilty on all the charges," Zola Majavu said at a media briefing in Milpark, Johannesburg.

In September, in terms of the Prevention of Organised Crime Act, assets of R2.2 million were seized from Mabe and two others accused of defrauding the SA Social Security Agency (Sassa) -- former Sassa spokesman Paseka Cornelius Letsatsi, and Surprise Kabedi Ramosa.

Majavu said his clients had been paraded as scoundrels, thieves and corrupt.

He said the State's star witness had been embarrassed in court and had admitted to forging signatures.

"We contended that there has not been a single iota of evidence that implicated Mr Letsatsi... The presiding officer in delivering his judgment agreed with our contention," said Majavu.

He said that in the case of Mabe and Ramosa, there was no basis on which to find them guilty.

"The State has failed hopelessly to prove their case against them. And they too were acquitted."

Majavu would approach the high court in order to have the preservation order lifted in order to free his clients' assets.

He said all three had missed out on civil servant positions and business opportunities and that the possibility of a legal suit could not be overruled.

However, Mabe, Letsatsi and Ramosa said they believed in reconciliation and that they would not necessarily press charges.

Earlier, Mabe said his name had become synonymous with corruption.

"On Google my name has become synonymous with corruption. This is the heavy burden that we sometimes have to live with," he said at the press briefing.

Mabe said he had been subject to a media onslaught. As an ANC NEC member "it meant I was to be tried in court and the court of public opinion".

He said everyone who had wanted to portray a corrupt leadership had used him as an example.