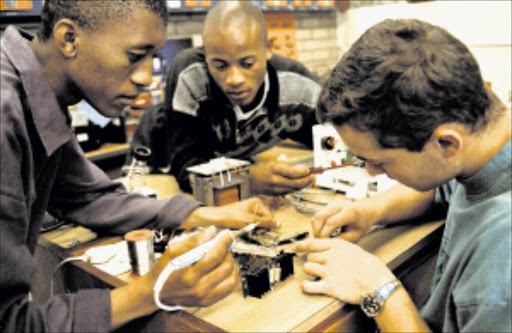 DEVELOPMENT: The National Skills Accord is aimed at targeting the skills shortage in the country.

"China will gradually increase the training opportunities for South Africa and will provide training for 2000 South Africans from the year 2015 through to 2020," she told reporters in Pretoria.

"China committed to support South Africa's industrialisation agenda by agreeing to assist in the development of science and technology and industrial parks, as well as in key areas, such as the ocean economy."

She said China had agreed to South Africa's request for assistance in creating black industrialists who would participate in the mainstream economy.

Chinese companies would be encouraged to invest in economic zones, industrial parks and science and technology parks.

"The Chinese government is ready to consider favourable lending rates with regard to the financing of specific projects."

Nkoana-Mashabane said the Chinese had also committed to support the establishment of a railway park.

This was linked to localisation of railway carriage manufacturing processes to facilitate inward buying missions into South Africa starting early next year.

The two countries also discussed ways to support tourism and increase investment in the industry.