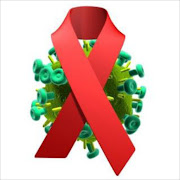 South Africa, which continues to have the highest prevalence of HIV/AIDS infection in the world, will mark World Aids Day on Monday with a variety of activities including a reunion of activists.

"The reunion, hosted in Johannesburg, will involve many individuals who had played a key role in our struggles for better health and treatment," said civil rights organisation the Treatment Action Campaign.

Earlier this month, the organisation launched a fundraising campaign, saying it was in financial difficulty, and was hoping to raise R10 million by Monday.

The civil rights organisation said it would also be celebrating the 10 year anniversary of Antiretroviral (ARV) treatment in the country.

The SA National Aids Council said the focus on World Aids Day in South Africa this year would be on "zero stigma" and zero discrimination"; as well as working towards "zero new HIV infections and zero AIDS-related deaths".

Over the weekend, Ramneek Ahluwalia, programme director for HEAIDS, a health programme directed at tertiary institutions, urged South Africans "not to become complacent.

"It is critical that we turn off the tap of new infections," said Ahluwalia in a statement.

"Every day about a thousand South Africans -- most of them young women -get infected with HIV."

Ahead of the day, the National Union of Mineworkers spokesman Livhuwani Mammburu said mineworkers remained "particularly vulnerable" to the spread of HIV.

World Aids Day is commemorated across the globe every December 1 in a bid to highlight awareness of the disease, show support for those living with it and remember those who have died from the illness.