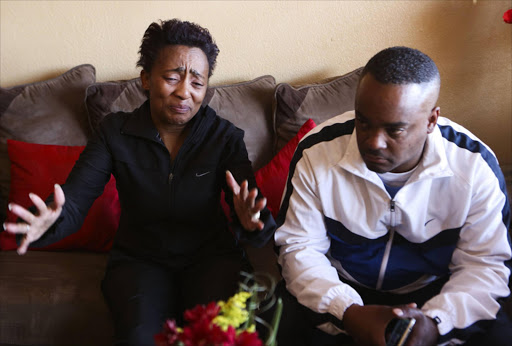 Two Reiger Park, East Rand, fathers whose sons were killed this year are broken and distraught, a community leader said on Wednesday.

"Both these fathers lost their sons tragically to crime here in Reiger Park. They are broken and distraught," Hein April said at an event in Reiger Park to mark International Men's Day.

"As fathers, they lost their pride, and their lives have been changed forever."

Three-year-old Van Wyk went missing from his parents' home in Reiger Park on August 6. Workers found his burnt body at a nearby mine dump four days later.

Four-year-old Morris was killed when his parents' Volkswagen Golf was hijacked in Reiger Park in July. Three men approached the car in which Morris, his sister and parents were travelling, and ordered the family out. The boy was caught in his seat belt and dragged along the road as the hijackers drove off. The car was abandoned in Boksburg.

Last week, the Boksburg Magistrate's Court withdrew all the charges against Thamsanqa Twala, who had been accused of involvement in the death of Morris.

Reiger Park residents were told in a meeting with senior prosecutor Henk Strydom that the charges were dropped due to police not following proper procedure.

Gauteng police commissioner Lesetja Mothiba is expected to speak at the event.