No-fee kid back in class 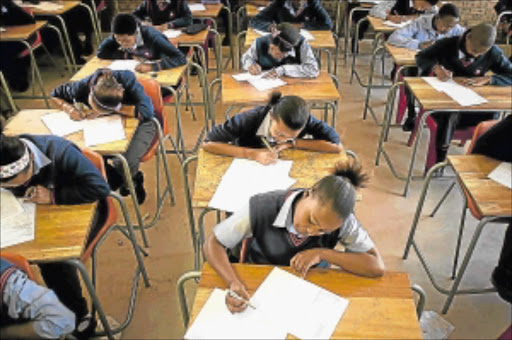 EXAM TIME: An SMS caused confusion on whether exams will go ahead in Limpopo PHOTO: DANIEL BORN

A PUPIL who was expelled from school for failing to pay fees has been reinstated.

Sowetan reported last week that the six-year- old's mother owed R720 in fees to the Walter Sisulu Primary School in Olievenhoutbosch, near Centurion.

The school governing body called an urgent meeting with the child's parent after the Sowetan report last week, after which a decision was taken to reinstate the child.

Department of Basic Education spokesman Elijah Mhlanga said under no circumstances can a school's financial woes affect a child's right to education.

"It is a complete indictment[on] Chapter 29 of the constitution, which states that everyone has a right to basic education," Mhlanga said yesterday.