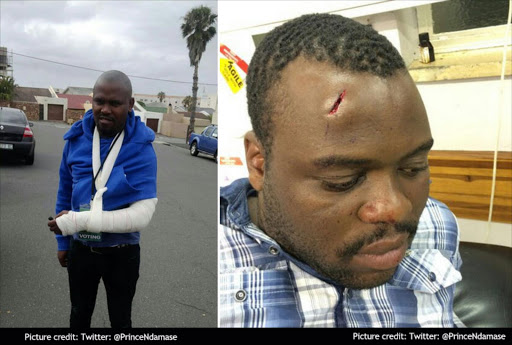 The newly elected Eastern Cape ANC Youth League provincial executive committee condemned on Monday the "chaos" during its conference at the weekend.

"As you are aware, we have just emerged from a very volatile and tumultuous seventh provincial conference of the ANC Youth League in our province," newly elected provincial secretary Ndumiso Sepepa said in a statement.

"The chaos and anarchy that has characterised the provincial conference of the youth league is unheard of and outright unacceptable. What we have witnessed is the failure of political leadership to provide political solutions to political and organisational problems.

"We have witnessed a total collapse of reasonable and mature leadership that has the ability to place the organisation before personal and factional interests."

Sepepa alleged that delegates were wounded and hospitalised due to a "calculated and thuggish assault" by the former ANCYL provincial task team.

"As a way forward, we will raise sharply our discontent and disapproval of the manner in which the national co-ordinator and national organiser of the ANCYL NTT have handled themselves in managing processes of the organisation as appointees appointed to rebuild the ANCYL," Sepepa said.

"We are convinced that these two individuals are neither capable nor of the necessary political temperament to lead and organise young people. We will submit this matter to the national officials of the ANC for consideration and action."

The NTT said it was aware of the problems encountered during the conference and condemned the actions. Spokesman Bandile Masuku said what transpired was not what the party stood for.

"The whole thing is despicable and not the traditions of the ANC. It is the type of action we condemn," he said.

Masuku defended the leadership of the NTT and said those who were questioning those who presided over the meeting were individuals who had failed to gather enough support to obtain seats.

"The people who really don't get the necessary support will respond like that. We are not fazed by that but we have tried to attend to any issues raised by structures. No one will say they not were listened to," he said.