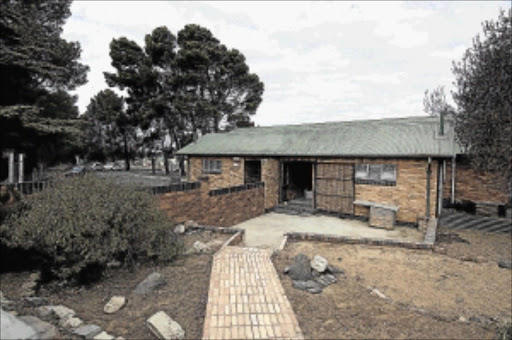 CLAIMS DENIED: A lawyer for the Noupoort Christian Care Centre says the centre is in the process of being registered in terms of the Children's Act PHOTO: MARK WEST

CHILDREN who misbehave at the controversial Noupoort Christian Care Centre face being stripped to their underwear and placed in a cage.

This is according to a recent report by the Northern Cape department of social development into the circumstances of children living at the drug rehabilitation centre. The national social development department has ordered the centre not to admit any children until further notice. Some of the "common experiences" reported include:

lThe programme is punitive with no specialised treatment or therapeutic programme;

lCleaning chemicals are stored with food and there are cockroaches in the kitchen. Children are fed bad quality, stale food that is sometimes rotten.

In the latest court spat, Transnet applied to the Kimberley High Court to have the centre evicted for failing to pay over R800000 in rent. The matter was settled but not before the court appointed the University of Pretoria's Centre for Child Law to probe the best interests of the 19 children then living at the centre.

In a report submitted to court, the Centre for Child Law found that Noupoort was infringing children's rights and that "punishment instead of therapy was the order of the day".

The court then ordered the Centre for Child Law to work together with the provincial department of social development and submit another report to court within 90 days.

A team from the provincial and national social development departments visited the centre twice and interviewed the 14 remaining children. There are currently 11 children at the centre. The team's initial findings confirmed those of the Centre for Child Law.

The department reported that most of the parents want their children to remain at Noupoort until the end of the year, but their main concern was the non-refundable money - between R38000 and R100000 according to the department - they paid.

The department also found that Noupoort was not registered as a child and youth care centre in terms of the Children's Act and failed to meet certain norms and standards but centre lawyer Paul Robbertse denied that it failed to meet the required standards and said the centre was in the process of getting the necessary registration. He vehemently denied that children wear only their underwear under any circumstances. - newsdesk@sowetan.co.za