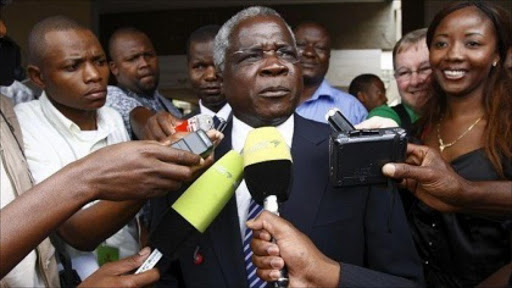 Afonso Dhlakama, a former Renamo rebel chief turned opposition leader who is seeking the Mozambican presidency for the fifth time on Wednesday, styles himself as the voice of the poor.

But after strong-arming the government into reforming electoral laws, he is confident this election will be the country's first credible one.

"I appear as the spokesman for the poor," he told AFP. "People believe that I can set in motion a democratic change of government."

Dhlakama had been all but written off after his electoral support shrank from 47 percent in 1999 to 16 percent in the last vote in 2009.

But his campaign rallies have amassed huge crowds even in the traditional southern strongholds of the ruling party.

He has presented himself less as a naysayer than in his previous campaigns, appearing relaxed and exuding conciliatory vibes towards his political foes.

The son of a traditional chief born on New Year's Day 1953 in the central province of Sofala, Dhlakama studied accountancy in the country's second city of Beira.

He served in the Portuguese colonial army from 1971 to 1973 before joining the Mozambique Liberation Front (Frelimo) in 1974 to fight Portuguese rule.

Rising through the ranks, he was put in charge of logistics in his home province but in 1977 he abandoned the group to form a rival rebel outfit, the Mozambican National Resistance (Renamo). Many suggest the split was along ethnic lines.

Renamo, backed by apartheid South Africa, launched a bitter war against Frelimo, which espoused Marxist-Leninist ideals -- a red rag to Pretoria's racist regime which was bitterly opposed to communism.

From 1977 to 1979, Dhlakama was vice president of the rebel movement and deputy commander-in-chief. He took over Renamo in late 1979 following the death of the movement's leader Andre Matsangaissa, who was killed in battle.

Dhlakama led the guerrilla movement until the signing of a peace agreement in Rome in 1992 ended a 16-year war that devastated the economy and left one million dead.

Dhlakama then transformed Renamo into a political party and it took part in Mozambique's first multi-party democratic elections in October 1994.

Two years ago, the former rebel retreated to his wartime bush camp in central Mozambique's Gorongosa mountains, claiming the government had reneged on the 1992 peace agreement.

After waging a low-level insurgency he emerged to ink a peace deal with the government just weeks ahead of Wednesday's polls.

Before his return to the bush, Dhlakama had taken to a reclusive life. He had already left the capital, Maputo -- where government had given him a posh house -- for northern Nampula and was seldom seen in public.