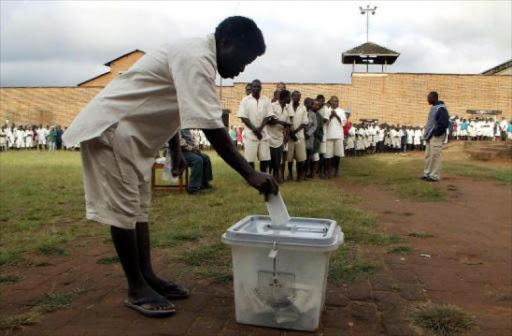 Mozambicans started voting on Wednesday in elections seen as a test for peace following a deal between the government and the armed opposition party Renamo to end a two-year insurgency.

More than 10 million people are eligible to vote for the president, parliament and provincial assemblies at about 17,000 polling stations.

The elections pit the former independence movement Frelimo, which has governed Mozambique since independence from Portugal in 1975, against Renamo, a former anti-communist movement which waged a 16-year civil war against the initially Marxist Frelimo.

A 1993 peace deal turned Renamo into the biggest opposition party.

But in 2012, its leader Afonso Dhlakama launched a low-level insurgency, accusing Frelimo of excluding the opposition from economic power.

A peace deal signed in August allowed Dhlakama, 61, to run for president.

He is facing Frelimo candidate Filipe Nyusi, 55. The current defence minister wants to succeed outgoing President Armando Guebuza, who can no longer run for office after completing two terms.

The third candidate for president is Daviz Simango, 50, whose five-year-old party Democratic Movement of Mozambique (MDM) has been gaining support, especially among young voters.

Frelimo was widely expected to win, though analysts said it could lose votes over allegations of corruption and enrichment against Guebuza's family.

Poverty remains widespread, despite the economy growing at a rate of about 7 per cent as offshore gas finds are fuelling an investment boom.

Dhlakama, who is seeking the presidency for the fifth time, has previously accused Frelimo of fraud.

There was concern that if Renamo suffers heavy losses in the elections, it could relaunch its guerrilla campaign.

Election results were expected to start coming in from midnight onwards.