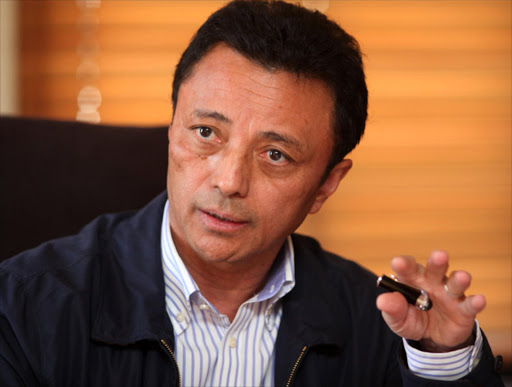 Former Madagascar president Marc Ravalomanana was arrested on Monday shortly after his return from exile in South Africa, aides said.

Special forces moved in to detain the former leader, who has been in exile since his ouster in 2009, shortly after he returned to the Indian Ocean island and made an impromptu address to supporters at his home.

The arrest was confirmed by his aides, who said he was taken to an "unknown destination by Malagasy police who arrived at his home in about 15 vehicles" around lunchtime.

"They were heavily armed with automatic rifles and were wearing balaclavas to disguise their identities," his son Tojo said in a statement.

"They did not say what they were charging him with or where they were taking him."

It was not immediately clear if his arrest was related to that conviction.

Ravalomanana, who also owns businesses in the country, had earlier told supporters outside his home in Antananarivo that "I am here to support peace and democracy, but more urgent is the fight against poverty."

Ravalomanana first fled to Swaziland after his ouster 2009 by his rival Andry Rajoelina, and then settled in Pretoria.

His special envoy in South Africa and human rights lawyer, Brian Currin, called the arrest "a total disgrace and reminiscent of actions of the coup regime."

Madagascar has on several occasions blocked his return to the Indian Ocean island since his rival Rajoelina seized power.

Two years ago, regional mediators charted a road map with the Madagascar's main political parties calling for Ravalomanana and other exiles to be allowed to return home unconditionally.

"We've been trying since the beginning of this year to negotiate his return, which is entrenched in the road map," said Currin.

He blamed the Southern African Development Community (SADC)for doing "very little to ensure full implementation of the roadmap, including his return -- more than 10 months since democratic elections."

Those elections returned Hery Rajaonarimampianina -- a Rajoelina ally --to power.

A spokesman for the South African department of international relations, Clayson Monyela, said he had no details of Ravalomanana's return.

The country was also reinstated into SADC and African Union after being suspended over its chaotic political affairs.