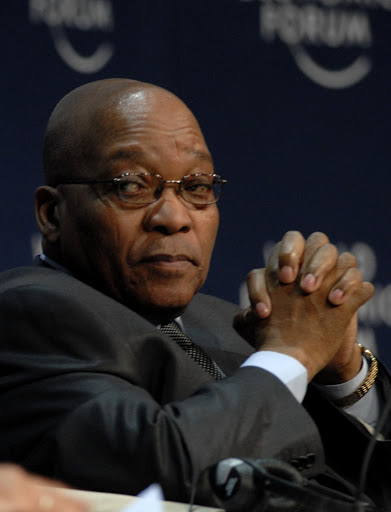 The ANC is "unfazed" by a report that President Jacob Zuma was part of a broad corruption scheme intended to benefit the party in perpetuity, it said on Friday.

"We are unfazed. There is nothing new in the report," spokesman Zizi Kodwa said.

"This is an old concoction of a campaign that never dies, that seeks to discredit the leadership of the ANC."

He said the African National Congress urged anyone with proof of such allegations to come forward.

"People peddle lies in public to drive vindictive agendas against President Zuma. Nothing of credible note has been presented so far."

Kodwa said the party would be going against its own moral code if it allowed itself to benefit from corruption.

Beeld newspaper reported on Friday that the graft case against Zuma carried "utmost gravity", and that he was part of a broad corruption scheme intended to benefit the ANC in perpetuity.

The case against Zuma was strong and would also show that the ruling party was meant to be an "eternal beneficiary" in an "extended scheme of corruption", senior National Prosecuting Authority prosecutor Billy Downer, who wanted to prosecute Zuma, wrote in a memorandum in 2009.

The memo was addressed to then acting national director of public prosecutions Mokotedi Mpshe, according to the newspaper report.

A month later, Mpshe dropped the corruption charges against Zuma.

On Friday, Mpshe declined to comment on the report.

"I have no comments until the matter is heard in court," he said in an sms.

Presidency spokesman Mac Maharaj has yet to respond to e-mailed questions sent to him earlier on Friday.

In the memorandum, obtained by Beeld, Downer wrote that the case against Zuma carried "utmost gravity".

He said the Scorpions investigation originated in the arms deal probe, but that the ultimate investigation and the basis of the indictment was only fractionally related to the deal.

Downer wrote that, in reality, it was an "overriding and pervasive scheme of corruption", designed to be of extraordinary duration and ultimately to keep Zuma indefinitely on the payroll of the company of his former financial adviser Schabir Shaik.

Both Zuma and the ANC would benefit from the scheme.

"The mode of conferring benefits on Zuma extended to the ANC and Zuma in his capacity as the highest office-bearer of the ANC which was also to be an eternal beneficiary in the extended scheme of corruption," Downer reportedly wrote.

"To accede to the representations in a summary manner would abandon all the ground won by the expense of extraordinary effort and resources and with the approval of the highest courts in our country.

"A retreat for no good reason at this stage would not be explicable, understandable or defensible."

Mpshe announced on April 6, 2009, that the charges against Zuma would be dropped because there was a political conspiracy against him.

Shaik was found guilty of corruption and fraud in 2005 He was sentenced to 15 years in jail, but served only two years before being released on medical parole.