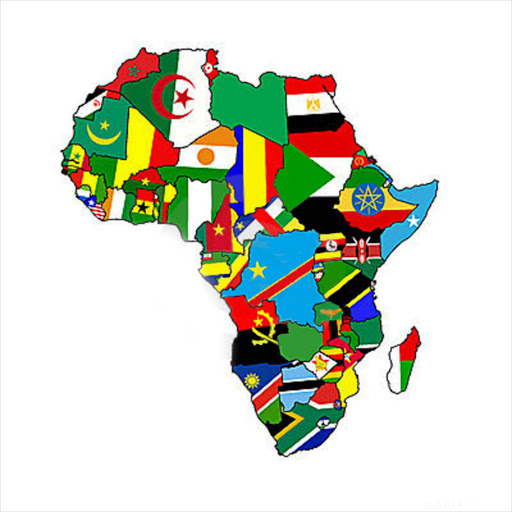 Africa's strong economic performance, growing middle class and need for services are sending Western companies rushing in to grab market shares before it is too late.

"The number of German companies present in Africa has doubled to about 1,000 over the past decade," says Stefan Liebing, chairman of the German-African Business Association.

"But the British, French, Spaniards, Portuguese and Italians are moving even faster," he added. "German companies must become bolder if they do not want to lose the African market to other Europeans, China, Brazil or Turkey within 10 years' time."

Sub-Saharan Africa is posting impressive growth rates. Its economies grew by an average of 5 per cent in 2013 and are expected to grow by 5.8 per cent this year, according to the African Development Bank.

The Ebola outbreak could curb growth in countries such as Liberia or Guinea, but overall growth rates are expected to remain high.

"If the current growth is sustained, it should add 12 trillion dollars to the gross domestic product of sub-Saharan Africa by 2050, making it one of the biggest contributors to global GDP," says Colin Coleman, head of the South Africa office and investment banking division for sub-Saharan Africa at Goldman Sachs.

The faster growth is based on factors such as rich natural resources, a rapid population growth, democratic reforms, improved fiscal discipline and a rise in living standards and service industries, Coleman told dpa.

Paul Alagidede, a professor of finance at Johannesburg's Wits Business School, points at financial restructuring, privatization of state enterprises and other reforms going back to the 1980s.

"Wars have meanwhile largely abated in countries such as Liberia, the Democratic Republic of Congo and Angola, while child and maternal mortality, HIV and malaria rates have declined in a number of countries," he said by phone.

Africa's development is also fuelled by the new technologies, with many Africans who never had fixed telephone lines now using mobile phones. Online banking makes it possible to move money in countries without sufficient banking infrastructure.

South Africa had long been the powerhouse of the continent. But growth is now down to 1.5 per cent, while unemployment is running at 35 per cent, according to figures given by Coleman.

"But if we get it right in the next 20 years, we should be targeting 5-per-cent growth," Coleman said.

Nigeria has meanwhile surpassed South Africa as the continent's biggest economy, with its GDP expanding 6.5 per cent in the second quarter over the same quarter in 2013, according to the country's central bank.

If Nigeria, South Africa, Angola and East Africa evolve favourably and China continues investing in the continent, "we could see a dramatic rise of Africa," he said.

Chinese direct investment in Africa increased by 60 per cent in four years to about 15 billion dollars in 2012, according to the Lagos-based research group Initiative for Public Policy Analysis.

The United States is also showing a growing interest in the African market, with a recent US-African business forum announcing that US companies have sealed 14 billion dollars in new deals with the continent.

"Africa has a growing middle class able to afford better food, health care, energy and other services. Because Africa is not yet economically fully developed, there is demand for everything," Liebing told dpa during a recent German-African business forum in Johannesburg.

But experts also caution against excessive optimism. The growth in many African countries depends largely on primary commodities and agriculture, which are subject to price fluctuations and the weather, ADB said in its African Economic Outlook 2014 report.

Red tape and lack of infrastructure remain massive problems for companies operating in Africa. "Getting goods and people to move can be very frustrating - obtaining visas or port berths or licences," Coleman said.

Corruption continues to be a concern, even if there are signs of improvement, with more than 30 African countries ranking above Russia and seven above Italy in Transparency International's 2013 index.

Crises in oil-rich South Sudan or the Central African Republic and the presence of radical Islamist movements in countries such as Nigeria and Somalia raise questions about Africa's political stability.

Africa meanwhile faces a huge challenge in distributing its wealth equitably, with the ruling elite pocketing most of the profits in many oil-rich countries.

"We have not yet moved away from nepotism," Alagidede said. "Wealth does not trickle down to the poor - to those who need it most."