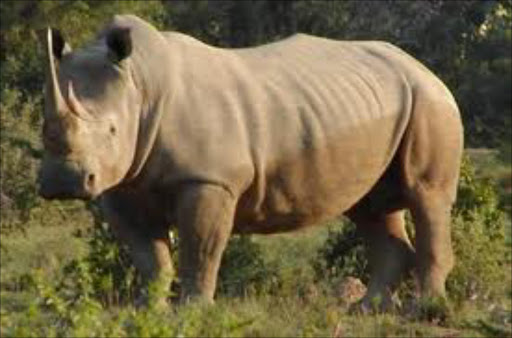 THE bail application of a suspected rhino poaching syndicate has revealed intricate details of what goes on behind the slaughter of the animals.

THE bail application of a suspected rhino poaching syndicate has revealed intricate details of what goes on behind the slaughter of the animals.

The 10 accused are believed to have conducted an intricate operation in which they had a specialised pilot who flew them around game reserves where they killed the protected species.

They also had a groundsman whose duty was to spot the animals and later helped to cut-off the sought-after horn once they were killed.

Some within the syndicate played the role of sharpshooters who delivered the killer shots, while others were involved in behind-the-scenes sales of the horn and money laundering.

They operated between 2008 and 2012 where they allegedly killed and later mutilated 24 rhinos; only two rhinos survived.

They are also accused of illegally obtaining 84 rhino horns.

Ras has been identified as the alleged ringleader.

His wife was allegedly used as a paymaster who laundered proceeds made from rhino horn sales.

Magagula was an alleged groundsman who spotted, poached and also helped in removing horns.

Smit, who faces 34 charges alone, is alleged to have played a direct role as he was present during the hunting, while Jaarsveld transported poachers to various points and also exported horns.

The syndicate allegedly made over R20 million from their illicit trade.

Chief Magistrate Desmond Nair is set to deliver his ruling on the bail application by Trudie, Steyn, Smit and Jaarsveld today.

They were all arrested two weeks ago in different parts of the country by the crime-busting unit the Hawks.