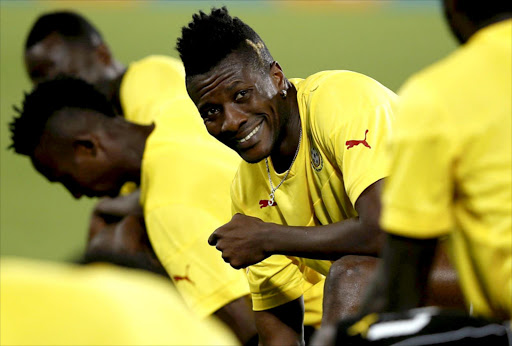 Ghana national football team captain Asamoah Gyan was not involved in the disappearance of two friends, his lawyer said on Wednesday after months of rumours and even claims of ritual sacrifice.

The Al Ain striker led Ghana's Black Stars to a disappointing showing at this year's football World Cup in Brazil, where the team failed to make it beyond the group stage.

Gyan found himself again in the media spotlight in July when Janet Bandu and Theophilus Tagoe, a hiplife musician known as Castro, disappeared during a weekend outing at an estuary east of Accra.

The two were last seen heading towards the ocean on a jet ski.

Allegations have swirled in Ghana's media since that their disappearance was suspicious.

The claims reached a fever pitch this month when the footballer's brother was allegedly part of a mob that attacked a local journalist who had asked the player about the black magic rumours.

Kissi Agyabeng, an attorney who was with Gyan the weekend of the disappearances, flatly rejected the claims.

"The allegation of spiritual sacrifice can by no stretch of the imagination be propped up," Agyabeng told a news conference, flanked by the footballer's brother and his manager.

"We are not blamable for the disappearance of Castro and Janet Bandu. We had no hand in that occurrence."

Agyabeng also apologised to the journalist that was assaulted.

Despite being seen as one of Africa's best hopes at this year's World Cup, Ghana's team unperformed on the pitch and its camp was wracked with infighting and a dispute with the government over pay.